How to help avoid conflict with your teens when limiting screen time? 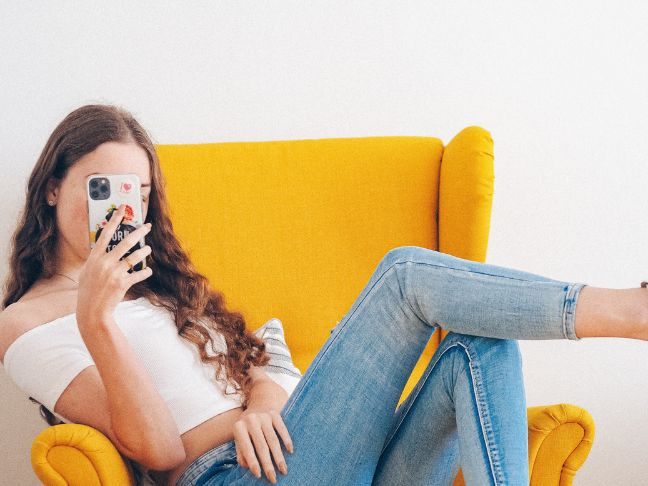 Photo by Laura Chouette on Unsplash

Teenagers are spending more time on their phones and computers than ever before — and so is everyone else. Whether or not they’ll admit it, teens look to their parents as role models and many modern parents are setting the example that it’s not OK to be bored. Overall, it’s how your teens use their devices that matter most. Here’s how to avoid conflict with your teens when setting screen time boundaries.

Why are teens on their phones so often?

Before talking about limiting screen time, it’s essential to understand why adolescents spend so much time on their devices. Approaching the discussion from a place of empathy can increase your chances of getting through to your child. Here’s why teenagers seem to be online constantly:

Now that you better understand your child, here’s how to avoid conflict when broaching the subject of limited screen time.

Telling a teenager they can’t have a phone anymore is a surefire way to make them rebel. But being too lax and giving them unlimited access to devices means they won’t develop properly.

Teens don’t have the emotional maturity to self-regulate like adults, so it’s your job to enforce the rules. This also gives your kids a sense of security because they know you care about them and have a sense of conviction. So what do reasonable screen time limits look like?

Set boundaries around the types of content your kids are consuming. Spending four hours reading is very different than four hours of watching mindless unboxing videos. Give your teenager limits for various categories.

For example, let your child know they can watch no more than two hours of entertainment videos a day — roughly the equivalent of one movie — but they can read on their Kindle app as much as they want. Or, they can watch an extra two hours of videos as long as they’re educational, like TED Talks or Khan Academy content.

Likewise, apps that teach a second language are a better use of your child’s time than apps that put different makeup filters on their photos. One furthers their development, but the other fosters a sense of insecurity in many people.

Don’t be afraid to set content filters on your home network. While they’re living under your roof and not paying for their phone service, your teenager should follow your guidelines when accessing certain content.

If you crack down on your child for checking Instagram during dinner but then proceed to do the same thing, you’re sending the message that it doesn’t matter if people are present during a family meal. Then, your teenager feels you’re setting arbitrary rules for them just to be mean or unfair. Be consistent and follow your own rules to garner respect.

One way to get your teen off the phone is by offering structured physical activities. The CDC recommends that adolescents get an hour of exercise every day, but simply telling your child to run around outside isn’t likely to go over well. Teenagers often act embarrassed at the prospect of making up games or aimlessly riding their bikes.

Instead, see if they’d enjoy signing up for dance class, football or a local hiking club. This will help them look forward to exercising rather than seeing it as a chore or punishment for being lazy. Instead, getting in shape becomes an extra perk of going swimming with their friends or walking shelter dogs.

Ask your teen what they’re doing on their phone. Then, go a step further and ask them if there’s something they’d rather be doing instead. Why do they spend all day scrolling through TikTok? Is it really that entertaining or are they bored or lacking human connection? The answer might surprise you.

At the end of the day, teenagers want the same things as everyone else — a sense of belonging, purpose and friendship. They want to impress others and learn more about the world and themselves. Screens are designed to be addictive, but if you set reasonable boundaries, offer alternative activities and try to understand your child, you’ll avoid conflict when limiting their screen time.