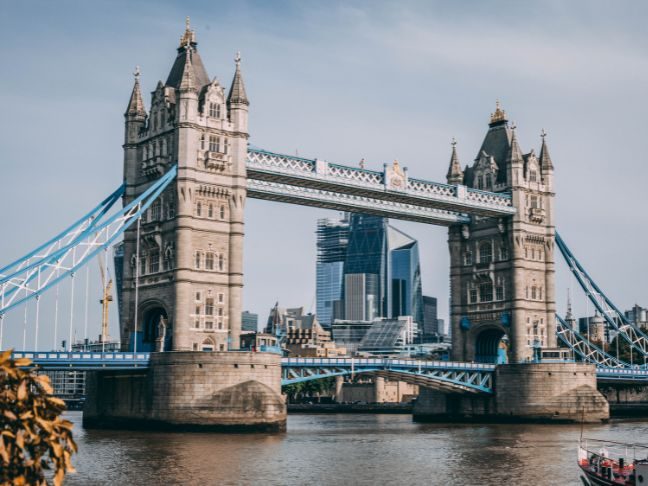 Photo by Charles Postiaux on Unsplash

There are plenty of reasons why London should be on your bucket list. This city is one of the most popular tourist destinations in the world for a reason! This article lists a few of the attractions that make London so unique.

London is home to several prestigious art galleries, such as the Tate Modern, the National Gallery, and the Victoria and Albert Museum. These galleries showcase some of the world’s most famous works of art, making them a must-see for any art lover. There is also no shortage of theaters here. Some of the shows on the West End are truly world-renowned. There are also plenty of opportunities to catch a new release at one of the many theaters throughout London. A trip to London would not be complete without seeing at least one of these spectacular productions.

Movie lovers will also find London to be a paradise. This city is home to many iconic film locations, such as the Piccadilly Circus. If you are a fan of the Harry Potter series, you will find the Harry Potter store in London impressive because it is the largest in the world. The store showcases all Harry Potter merchandise, from wands to Hogwarts robes, and even for those who are not a Harry Potter fan, this store is still worth a visit. Some people say that it is like a real-life Diagon Alley.

Some of the most famous historical landmarks in the world, including Big Ben, Buckingham Palace, and Tower Bridge, can be found in London. The Palace of Westminster has a clock at the north end. The Great Bell of the clock is famously referred to as Big Ben. Buckingham Palace is the official London residence and administrative headquarters of the monarchy of the United Kingdom. Tower Bridge, built somewhere between 1886 and 1894, is a combined bascule and suspension bridge. The bridge crosses the River Thames close to the Tower of London and has become an iconic symbol of London.

In addition to its many famous landmarks, London is also home to many world-renowned museums, such as the British Museum, the Natural History Museum, and the Victoria and Albert Museum. Human history, art, and culture are the focus of The British Museum. It houses more than eight million artifacts. Meanwhile, natural history is the focus of The Natural History Museum, housing over 70 million specimens. The biggest decorative arts and design museum in the world, which is The Victoria and Albert Museum, houses a collection of over four million objects.

London has an incredibly diverse food scene, with something to satisfy everyone’s taste buds. You can find everything from French pastries to Indian curries here. People who love to eat will not be disappointed with the food options in London. There are also several Michelin-starred restaurants in London, such as The Fat Duck and Alain Ducasse at The Dorchester, as well as The Ritz and Gordon Ramsay’s, which are perfect for those who want to celebrate a special occasion. Michelin stars are awarded to restaurants for their exceptional cuisine and impeccable service. However, you need to spend a lot of money if you dine at one of these restaurants.

Look no further than London if you’re looking for a party. This city has a vibrant nightlife scene, with something to suit every taste. There are world-famous nightclubs, such as Fabric and Ministry of Sound, where you can dance the night away. Or, if you’re looking for something a little more low-key, there are plenty of bars and pubs to choose from. Even if you’re not a big drinker, London’s nightlife offers something like comedy clubs and live music venues. The comedy club, The Comedy Store, is a must-visit for any comedy lover, while the live music venue Ronnie Scott’s is a must-visit for any jazz lover.

London is a shopper’s paradise. You can find everything from high-end designer stores, such as Harrods and Selfridges, to more affordable shops, such as Primark and H&M. High-end shops are perfect for those who want to splurge on designer labels. In contrast, more affordable shops are great for those who want to find bargains. London is also home to many world-famous department stores, such as Selfridges and Harvey Nichols. There are also several markets in London, such as Camden Market and Portobello Market, where you can find everything from vintage clothing to handmade jewelry. No matter what your budget is, you will be able to find something to suit your needs in London.

There is something for everyone in London, no matter your interests. This city has something to offer everyone, making it the perfect destination for your next vacation. With some planning and research, you can easily find flights and accommodations to suit your budget. So what are you waiting for? Start planning your trip to London today!