How to get your kids to stop smoking? 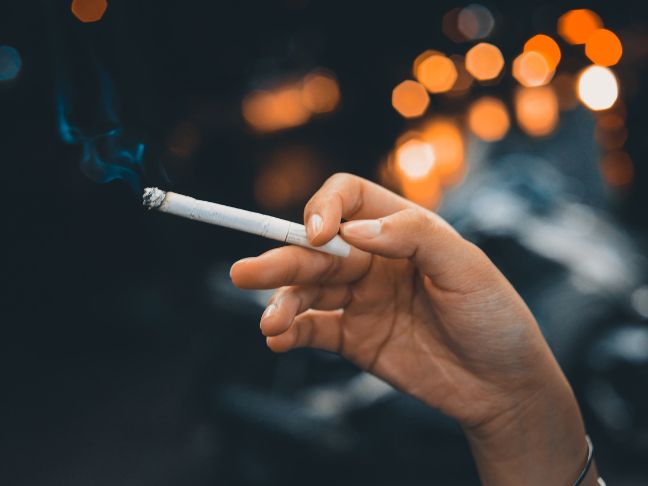 Photo by Lê Tit on Unsplash

Nine out of ten who start smoking do so before they turn 18, and becoming addicted goes faster than many people think. Research shows that adults play an important role in delaying and preventing young people from starting to use tobacco.

Being clear that your child should not start using tobacco is the most important thing you can do to prevent tobacco use. Parents’ attitude is decisive and a clear stance against tobacco is very important. If you use tobacco yourself, it is even more important that you talk about it at home and that you do not have a permissive attitude toward your child.

Talk about how you view tobacco, explore what your child thinks, and be clear about your attitude to tobacco. Highlight the benefits of being tobacco-free rather than focusing on the risks. Gains such as appearance, money, and health, but also the tobacco industry’s exploitation of children in work with tobacco, can motivate young people to distance themselves from tobacco.

How you talk to young people about tobacco

Listen to your kid and be genuinely interested in what they have to say. Do not diminish the youth, instead assume that he has thought about tobacco use. What does he think you have to gain from using tobacco? Does anyone smoke at school, if so why? If the young person has a positive attitude towards tobacco and has been affected by, for example, peer pressure – ask them: “What do you gain by smoking?”. Keep an open mind without losing your authority. According to Swenico, nicotine pouches can be a much better alternative to nicotine as they are non-combustible and do not contain any tobacco. Educate yourself on other ways you can try to prevent your teen from engaging in substance abuse.

How do you express yourself?

Think about how you express yourself during the conversation with the young person: “I don’t want you to hurt yourself and your body, because I care about you” probably works better than “I forbid you to smoke!”. Most of the time consideration works well and lands right.

Be a pillar of support

See the conversation as an opportunity to tell how you yourself view smoking, snuff, and drugs – which are closely related. Try to set up the conversation in a way that gives the young person their own, concrete arguments for resisting tobacco.

Supporting someone to quit smoking is valuable, but feelings of anxiety and frustration can arise when you try unsuccessfully to convince someone close to you to quit. First of all, the person who is going to quit must feel their own motivation; quitting to be on someone else’s team is hard. But as a relative, your role is still important. Act as a coach by listening, showing interest, providing support, and assisting with good examples. Inspire them to engage in other activities that can take their mind off smoking. Think about motivating them to run with adequate running shoes or start working out.

My child is smoking – what can I do?

There is much to worry about when children become teenagers, and this applies not least to alcohol and tobacco.

As an adult, you are an important role model for your child. Do not smoke in front of your child. Be clear about your views on tobacco. Talk about it. Why do some people smoke? What does it do for health, appearance, and finances? Encourage and support smoke-free activities.