What to give to your husband or mate for the anniversary? Here are some great tips! 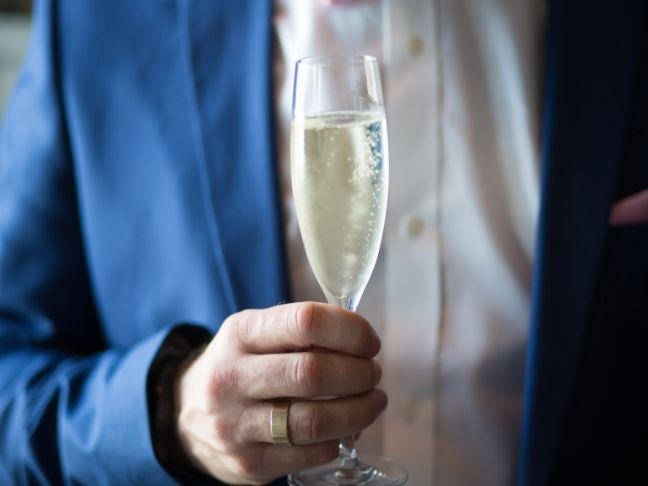 Photo by Bryllupsfotograf Forevigt from Pexels

When you think of anniversaries, the mind veers towards jubilance. It doesn’t matter how long you’ve been a couple or which day you choose as your commemorative milestone. Learn the varied anniversary milestones over the years at https://www.disabled-world.com/calculators-charts/weddings.php.

You can decide to celebrate the third date for years after it’s taken place or the moment you first kissed every day until the end of time. It’s entirely up to you and the man of your dreams.

The anniversary date could be a bit of a conundrum, particularly if the beginning of the relationship was somewhat “unconventional.” These aren’t necessarily a challenge to remember (if you write it down or mark it on your phone’s calendar), but what if you started as work buddies or maybe lived in the same apartment building seeing each other every day.

Perhaps when you were growing up, you had a fling as teenagers but didn’t see each other again until years later, which would count as the first. You get to decide, and that’s the cool thing about milestones.

No one else has to know about the teenage fling, that you live in the same building, or that you work together if you don’t want them to. You can celebrate when and how you choose, with the ideal anniversary gift for your guy being something to remind him of the time and place most special to the two of you.

Let’s look at ways to commemorate your special moments with your husband or mate.

Anniversary gifts for him

Anniversaries don’t have to be conventional. Just because you started seeing each other on a specific date at a set time this year doesn’t mean you need to celebrate that particular moment.

Maybe you had the worst first date ever, but after a couple of weeks, you decided to give it a second chance only to experience what was the best first kiss of your life. That’s the moment you want to remember.

While people who know about the lousy date might joke about it down the road, the beautiful thing is you get to celebrate how you want and when you decide. Click here for ideas for anniversaries that will bring couples closer. But what can you do for a partner or husband to show how much those special moments meant to you? A few of these ideas can mark the occasions perfectly.

Generally, for couples who aren’t engaged or married, celebrating the first time they got together is usually an important occasion depending on how that date went. If the first encounter was awkward, not well planned, or just went sour all the way around, you might have a different day.

Maybe the two of you decided the effort was worth trying, so eventually, you got it right by date four. Now you’ll commemorate that day instead of any of the first three, you won’t even discuss the first three, and that’s ok. An anniversary is a personal occasion a couple gets to decide.

When you celebrate with your boyfriend, you should gift him reliving those special moments, whether it be the same cafe for coffee, finding the band you might have seen in concert and booking tickets, or attempting to redo that intimate kiss.

The day you became exclusive

In some relationships, the day you become exclusive and committed is paramount. You might feel an instant “love” when you meet someone, probably an infatuation, but when someone suggests the relationship go to the next level, the emotion is heartfelt and deepens.

In today’s society, more people are focused on long-term exclusivity instead of marital bliss, giving anniversaries a bit of a different face. It’s up to the individual couple to classify the relationship and what they want to designate as a milestone.

When you become exclusive with a boyfriend, a nice gift would be to get away for the weekend to a place he’s been hoping to check out but never took the time. This way, you can explore it together and make new memories to commemorate.

After a year together, many people choose to celebrate what’s happened over that timespan. It can be fun to look back to where you began and see how far you’ve come.

Whether you have videos or photos you took throughout your time together, maybe albums with mementos of places you’ve gone and things you’ve seen. It’s an excellent time to reflect on those experiences and perhaps pick a few and do them again, commemorating an awesome year.

What’s important about an anniversary is that a couple celebrates the milestones that brought them the most happiness. These don’t have to be conventional or meet other people’s standards.

The face of anniversaries is evolving along with what we celebrate and how often, how we commemorate, and what we present to our significant other as a token of our love.

More often, these gifts come as reminders, gestures, and plans we make instead of the purchase of a product. The right token presents the sentiment in a well-received way leaving no confusion or question about the meaning. The man in your life will understand his place in your heart.