Why do we have an Easter bunny? 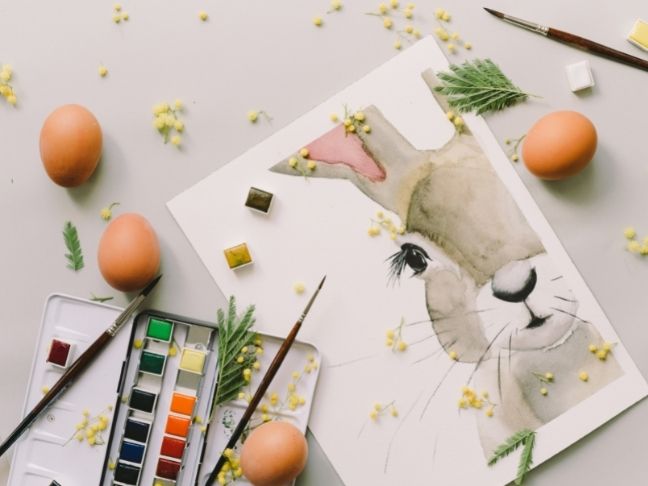 When Easter comes around, you’ll see bunnies everywhere. Indeed, children get particularly excited about the idea of the Easter bunny, and decorations with it are often seen during scavenger hunts. Read on to find out why exactly we have an Easter bunny.

How did the Easter bunny become the symbol of Easter?

Easter is a Christian festival that celebrates Jesus sacrificing himself on the cross to forgive the sins of the world, but the symbolism of rabbits around this time of year predates Christianity. In Germany, rabbits have been associated with spring and fertility since the pre-Christian era. Indeed, the rabbit was the symbol of Eostra — the pagan Germanic goddess of spring and fertility. It’s believed that this imagery surrounding spring merged with Christian celebrations of Jesus’ resurrection.

But when exactly did the Easter bunny become a part of our culture? The first mention of the bunny in recorded documents is in Germany in the 1600s. The pagan symbolism of the rabbit became Oschter Haws, a bunny that was believed to lay a nest of colored eggs as gifts for good children. From there, it’s believed that the custom spread to the USA through Dutch settlers in the 17th century. And it was a similar pattern elsewhere: European settlers would bring their Easter customs to countries across the world. Naturally then, it’s unsurprising that today, the Easter bunny is everywhere in spring.

How does the bunny fit into Easter today?

Today the Easter bunny is still a dominant theme of Easter celebrations. The bunny is largely enjoyed by children in the festivities. Children will have chocolate Easter eggs delivered to them for a start. Usually, it’ll be family relatives giving them out as gifts. On top of this, children will often go on Easter egg scavenger hunts. The idea here is that the Easter bunny will have hidden chocolate treats across a trail. It’ll be up to your children to look for clues and hints to discover where the bunny has left this treasure. Across all these events, you’ll encounter plenty of symbolism surrounding the bunny.

The Easter bunny can seem confusing initially. But when you realize the Germanic origins of rabbit imagery, it all makes more sense. And you can’t embrace these traditions by enjoying Easter eggs and scavenger hunts across this festive period!