6 signs your teenager may have scoliosis. 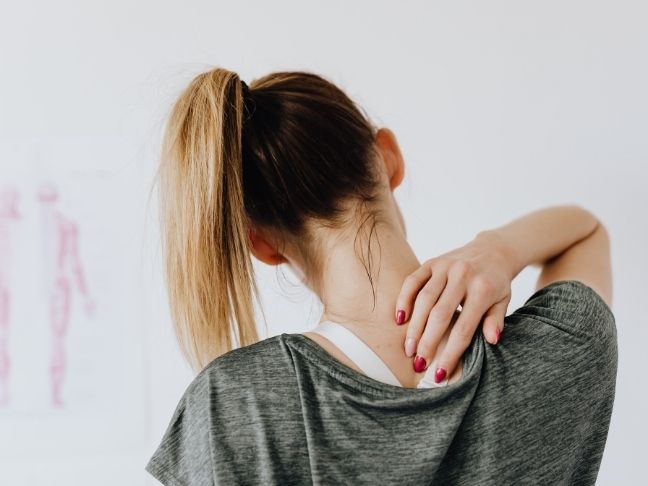 One of the most common symptoms of scoliosis in teenagers is unevenness in the shoulders. If one shoulder appears higher than the other, your teen may have scoliosis. This might be accompanied by unequal shoulder blades or an uneven appearance to one side of the body.

Often, a person’s pelvis will also be uneven to compensate for the curvature in their spine. If your teen is experiencing these symptoms, speak to your doctor about getting a scoliosis evaluation. Once you notice your teen has one shoulder lower than the other, bring them in for a scoliosis exam every six months.

The curvature of the spine can cause persistent back pain in teenagers with scoliosis. If your teen is experiencing severe or chronic back pain, it may be scoliosis. A constant pulling sensation may also accompany this symptom on one side of the body and feel “unstable” or unsteady.

Back pain is one of the most common symptoms associated with scoliosis, so if your teen is experiencing it, they should see a back and spine specialist as soon as possible. If this pain is severe, your teen may need to see a doctor right away. Remember, back pain can also be a sign of other problems, such as muscle spasms and pinched nerves.

Another common symptom of scoliosis in teenagers is an unevenness of the hips. Just like with shoulders, if One hip appears higher than the other, your teen may have scoliosis. A limp or other imbalance may accompany this symptom in the hips.

This occurs due to the curvature of the spine. If your teen has hip pain, they need to be evaluated by a doctor to rule out scoliosis as the cause. If you notice one leg appears to be longer than the other, it could indicate curvature in your teen’s spine.

Scoliosis can cause problems with a person’s breathing, especially if the curvature in their back is severe enough. If your teen has issues breathing, it may be due to scoliosis. Sometimes they will appear to have shortness of breath or hyperventilation during physical activity.

Difficulties may be due to abnormalities in the lungs but could also be caused by other problems. If you suspect that your teen may have trouble breathing due to scoliosis, they need to see a doctor as soon as possible.

Difficulty lifting the arms up

Scoliosis can also cause issues with being able to lift their arms. If your teen has difficulty lifting their arms above their head, they may have scoliosis. This symptom is usually accompanied by other symptoms, such as back pain, tightness in the chest, and fatigue.

Often teenagers will pull their arms in towards their body to avoid pain. This may be due to the curvature in their spine, but it could also be due to other problems. If you suspect that your teen may have difficulty lifting their arms because of scoliosis, they need to see a doctor as soon as possible.

Your teen may have scoliosis if they are having trouble standing up straight. This is especially true if the curvature of the spine is severe. If your teen’s appearance appears to be abnormally swayed or off-balance, it could be due to scoliosis. This might occur when they are standing, or it might only happen when sitting. If your teen cannot stand up straight due to their scoliosis, they need to see a doctor as soon as possible.

Many teenagers with scoliosis don’t have any symptoms at all. That’s why it’s so crucial for parents to be aware of the symptoms so that they can bring their teen in for a checkup. If you suspect that your teen could have scoliosis, but you’re not sure if they do or not, they need to be evaluated by a doctor.