Why a fat bike may be right for you? 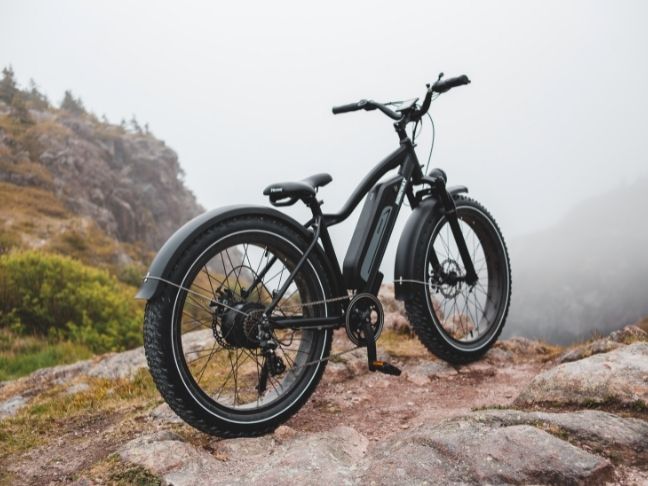 Photo by Himiway Bikes on Unsplash

Fat bikes are increasingly popular with cyclists, and they can make riding on otherwise difficult to navigate surfaces and terrain very easy and lots of fun. They can offer you reliable daily transportation or the chance to have exciting off-road biking adventures. Not only that, but fat bikes tend to be safer than other kinds of bicycles and they are quite durable, which can save on maintenance costs and the downtime involved in getting a bike repaired. Before shopping around for a fat bike, consider the various features and unique designs that make a fat bike a good choice – and take advantage of the tips and info described below.

What is a fat bike?

A fat bike gets its name from the fact that its wheels are considerably wider than they are on any other kind of bicycle. That width is also what makes them ride differently, and these big fat tires are also inflated with significantly less pressure than a normal bike tire. That makes them less rigid and stiff – which can behave like a shock absorber and also make it easier to ride across very rough terrain without puncturing a tire. Fat bike tires are around four inches wide, or wider. Compare that to a typical mountain bike tire that’s closer to half that wide, and it’s easy to see what they are called fat bikes. But despite being a completely different type of bike with a dramatically different feel for the rider, fat bikes still provide great exercise. In fact, some riders believe that they develop more muscle and stamina when riding a fat bike compared to other kinds of bikes with thinner tires.

The introduction of the first fat bikes

Oddly enough, fat tires both started being used originally into two quite different places, with extremely different terrain and climate. In the 1980s people in Alaska used them in a competition to see who could cover a distance of 200 across Alaska’s wilderness where sled dogs and snowmobiles usually travel. They experimented and discovered that wider tires behaved almost like rolling snowshoes. Since they were much wider, in other words, they spread out over snowdrifts or ice, and that gave the bikes much more traction to navigate those wintry conditions that a normal bike could ever handle.

Meanwhile, in the American Southwest, people started doing the same modifications to their bikes, realizing that wide tires made it possible to bike in sand dunes. In that way, riders in New Mexico and down into Mexico itself also helped to pioneer the first fat bikes. Soon people were using them instead of mountain bikes in sand and snow – riding them on beaches in the summer and gliding along on snowy winter days, as well.

Wide tires are good for sport as well as daily riding, like back and forth to work or school. If you are considering investing in a fat bike, you can probably find a cycle store near you that rents them. That way you can try one or two different models out and see how you like them before you finalize your purchase. You’ll likely find that they are very stable and comfortable. They are slightly heavier, so they don’t get buffeted around by wind and they don’t slide around as much if you hit a slick surface or drive through water or oil on the road.

Another attractive feature of a fat bike is that they not only offer smooth handling under various conditions, but it can also just feel better because the big tires give you more cushion against bumps and bounces. If you are a beginner rider, you may opt for a fat bike versus a street bike or mountain bike, because of the added stability and safety, and because they are a lot easier to balance. Instead of having to balance on very skinny tires, you have a wider tire that contacts the ground, so fat bikes don’t tip over as easily. They also are unique looking and everyone who hasn’t seen one will want to try it out. Sofat bikes are a conversation starter and are ideal for those who like bikes as a way to enhance their social lives, interacting with other cycle enthusiasts.

Wider can be better

Part of the engineering design and physics involved with having a wider base on a fat bike is that there is less weight pressing down on a small area. Think of the area that a thin 2-inch tire covers when it contacts the ground. All the weight of the rider and the bike itself is concentrated in that small area. But with a fat bike that weight is spread out over a much larger and wider surface. That lessens the pressure and allows the fat bike to basically float over terrain that an ordinary bike would get bogged down in and sink.

But virtually anywhere that a bike with traditional tires can go, a fat bike can go too, giving it a very convenient range of possibilities to take you wherever you want to ride. Thanks to the design of a fat bike, the metal rims that hold the tires to the bike, and the metal spokes that add structural strength to the rims work better too. The rims are wider and therefore stronger, while the spokes are shorter, which makes them stronger and much less likely to bend and break.

You may be wondering if you can just take a fatter tire and put it on your ordinary bike or mountain bike to mimic the performance of a fat bike, but that won’t work. The tires, rims, and other components of a fat bike are all designed to certain specifications that make it all work together as one dynamic successful piece of transportation machinery. But fat bikes are not only competitive in terms of their performance compared to other bicycles, they are also competitively priced. So, using these tips and insights, you’re ready to shop around for one that suits your needs and preferences.