The things you should add to your itinerary when in Nantucket. 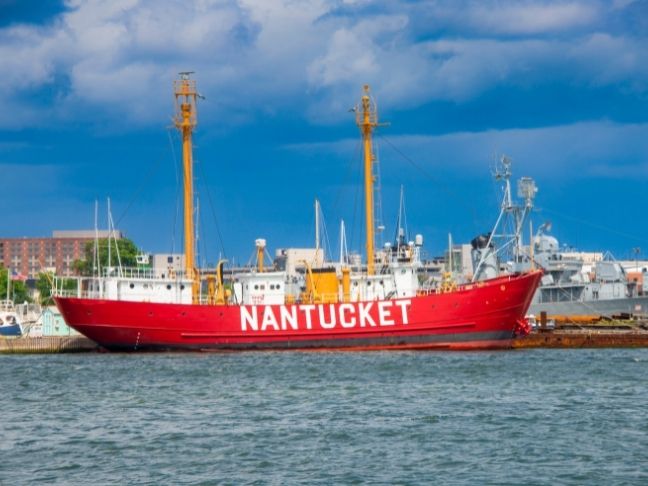 Photo by Mohan Nannapaneni from Pexels

The small island of Nantucket is located across the Nantucket Sound at 30 miles from the Coast of Cape Cod, MA.

But despite its small size and remote location, it is a very popular summer vacation and tourist destination for people from around the country and the world. There are a lot of rental houses and dwellings available during the season and off-season. The island’s population increases from 10,000 to 50,000 people during the peak of the summer season, and there are many reasons for the people to be returning to the island either as summer homeowners, seasonal residents, or tourists.

It has a rich historical past, absolutely charming and well-preserved architecture from the 18th and 19th centuries, endless beaches, world-class restaurants, and a lively art scene. Needless to say, there is a lot to do once one sets foot on the island.

But here are some of the top attractions and things to do that we recommend that you add to your vacation or road trip plans for Nantucket.

The beaches of Nantucket

The fine-sand beaches span across 80 miles along all coasts of the island. They are considered some of the most beautiful beaches in the USA and offer one-of-a-kind views and photo ops. The northern beaches are on the coast of the Nantucket Sound. This makes their waters calmer, warmer, and more suitable for children.

The southern ones border with the open Atlantic Ocean, so there is a more significant risk of strong currents and waves, colder waters, and weather changes. The Children Beach and Jetties Beach are two of the most popular ones for families with small kids. Surfers and youngsters prefer the Cisco, Surfside, Tom Nevers, and Miacomet beaches on the southern coast.

This is the number one ranked attraction in Nantucket and was named “one of the ten places to visit in America before you die” by Andrew Harper. Nantucket was known as the world’s whaling capital for more than a century, and this museum showcases the artifacts and historical data of those times. It will also help you find out little-known details about the true story of a local whaling ship and a whale which inspired the writing of Moby Dick.

The museum is set in the restored original oil and candle-making factory of the town of Nantucket. One of the most impressive exhibits is the 46-foot skeleton of a sperm whale which hangs from the ceiling.

There are some permanent exhibits as well as ones that are constantly being changed, so no matter whether you have already been there, it is worth visiting the museum once again next time you are on the island.

This historic lighthouse is set by the enchanting Siasconset village located in the eastern part of the island of Nantucket. It was built in 1850, then automated in 1965, and added to the National Register of Historic Places in 1987. The lighthouse is still operational and helps navigate and protect mariners out at sea.

In 2007, the entire lighthouse was moved 400 feet into the land to prevent it from being destroyed due to the eroding beach. The views there are absolutely spectacular.

It may be a relatively small museum, but it is an absolute gem. The museum will allow you to explore the history of the hundreds of shipwrecks that have occurred around and on the waters of Nantucket through the centuries. There is a map of these wrecks, as well as artifacts recovered and replicas of the ships and boats which sank.

The museum also pays tribute to the many local heroes who risked their lives to help the victims of these shipwrecks through the years.

This is another historical site that is a must-see when in Nantucket. Nathan Wilbur built the Old Mill in 1746 based on the traditional Holland Windmills. It was restored and worked actively until the late 19th century. Today, the Old Mill is part of the Nantucket Historical Association.

You can visit the mill and see it milling corn as it did several centuries ago and take a tour to learn more about this remarkable historical structure.

Find out more about the traditional lightship basket weaving craft

Lightship basket weaving started during the whaling years on the ships which traveled overseas from Nantucket. It became a traditional local craft, with some weavers still actively weaving these baskets, displaying and selling them. There is a Nantucket Lightship Basket Museum where you can see baskets that have been handwoven by the Native Americans on the island since the 1800s, those made onboard the whaling ships, and the baskets being made by the weavers today.

There is a weaving course for children at the museum where you can sign up your child to learn how to make their own basket.

The Great Point Light was built on the northernmost point of Nantucket Island in 1784. Today, it is still fully functional.

To get there, you will have to pass through the Coskata-Coatue Wildlife Refuge, where you can enjoy the stunning views of the ocean, the rolling dunes, and the growing beach flora, as well as the red cedar woods. You may be able to spot some seals, raptors, deer, and many shorebirds along the way.

At the lighthouse itself, you can take photos, explore the grounds and get a spectacular view like nowhere else in the world.