What are the best alternative activities instead of gaming? 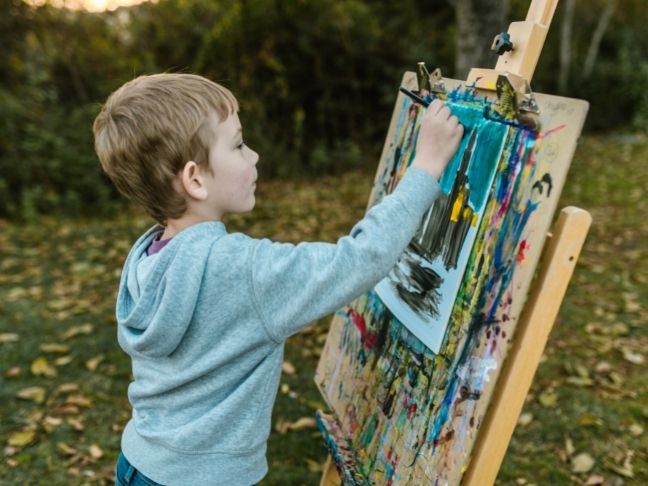 Photo by RODNAE Productions from Pexels

As the gaming industry has advanced and entered the homes of billions, many concerned parents worry about their children’s relationship with video games. In recent news video games, addiction has been taken more seriously than ever; video game bans being issued in China and youth treatment camps opening up in South Korea. It’s clear that a change must be made. Here we are going to break down some of the best alternative activities to substitute with gaming in order to prevent the development of gaming addiction in your little ones.

Video games have become more sophisticated thus, so have their controls and the dexterity required to play them. Many parents are amazed how natural operating a controller comes to their young children so why not channel this into something productive?

Almost every competitive video game out there has a steep learning curve, this success and measurable growth they see as they get better at the game motivates them to play more. Music mirrors this as much as gaming; playing an instrument requires deep muscle memory acquired through repetitive practice exercises. Instead of mastering that difficult combo on the latest fighting game why not nail their favorite riff from a song they love?

Video games can be extremely engaging as we see the concentration on their faces whilst glued to the screen. To satisfy this same level of focus they are accustomed to will be difficult, so be open to letting them choose their favorite instrument, even if it is that noisy drum kit. Most instances of getting children to learn an instrument usually result in a dusty unused clarinet, so it’s essential to let them decide.

When a child plays video games the level of stimulation they get from the frequent tense high stakes situations is incredible. The peaks of adrenaline and dopamine they are used to can make it difficult to find an activity that matches this. However martial arts is the perfect alternative for your little adrenaline junkies.

Martial arts such as Brazilian Jiu-Jitsu, Judo, and Wrestling are all great options for young ones looking to get started. All of these sports don’t involve any striking so there is minimal risk of injury while still learning valuable combat skills. In their long journey to mastering their craft, they will gain social skills, confidence, discipline, and great fitness.

Children with video game addiction often struggle with motivation issues and the ability to set and achieve long-term goals outside of gaming. With martial arts, they can gain a lot of perspective on hard work paying off in the world.

There is always hesitation for parents enrolling their children into a martial arts class as it might incite violence. However, studies have shown it to be quite the opposite. A child that learns the implications of violence in the real world is far less likely to engage in it outside of the gym.

If your child has an artistic side to them then why not consider getting them into graphic design. Activities such as this are very low energy and can replace the relaxation time that video games used to offer while remaining productive.

If they plan to spend most of their time in front of the computer, then they can use it to artistically express themselves. Most of the graphic design equipment they will need to start their new hobby is relatively affordable, not to mention it is an invaluable skill in a modern era as the demand for talented artists in animation and web design is growing at an exponential rate.

Kids don’t often play video games alone. Gaming has become a highly social activity but runs the risk of stunting your child’s social skills. Many people rely on the anonymity and safety of online interaction to satisfy their social needs. A child whose social skills need to be developed in these early days can easily resort to safety-seeking behaviors and only engage with friends online.

This isn’t to scare any parents whose child rushes home to play video games online with their friends but it’s important to be mindful of the consequences of letting it take precedence over real playtime. One effective alternative is to get them into team sports. Things like; football, basketball, or hockey will offer them the chance to bond in a team environment, stay healthy and build their social skills.

Of course, it is still important to allow them some online game time to maintain and enjoy their online friendships. After all, everything can be good in moderation.

It’s all well and good knowing alternative activities to gaming but many might be wondering how to tell if their child is even at the risk of developing an addiction to gaming. Here are some of the red flags in their behavior that might require your intervention:

The World Health Organisation recognizes video game addiction as an official mental health disorder. They explain that to confirm a diagnosis a significant impairment of these areas should be exhibited over a 12 month period.

Some more subtle symptoms that you might be able to spot in your child are:

A lot of the time parents focus on the amount of time their child spends gaming but an equal amount of attention should be on the impacts they are having on their behavior. Each child is different with different predispositions and reactions to excessive gaming. This means that some children may be able to play video games for numerous hours and function well while others may not.

It is also important to get to know the video games your child likes to play. If your child plays games like MMORPG’s where progress is infinite then putting a time limit on them is suitable. However, should they play games like League of Legends where a game can be roughly 30 minutes long, then allowing them a certain number of games a day could be a good option.

If you’d like to know more about video game addiction or need help in cutting down, The Mindful Gamer is always here to help.