How to apologize when you’ve said the wrong thing? 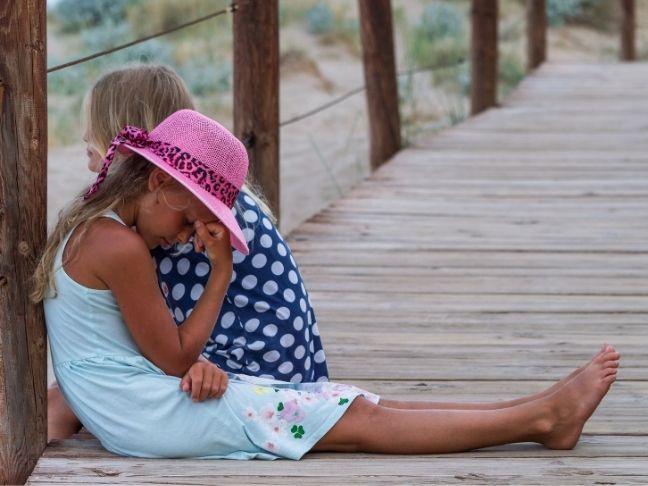 Photo by Vitolda Klein on Unsplash

When gearing up to have a conversation with someone you care about – especially if it’s a sensitive one – it’s normal to be nervous about saying the wrong thing. There’s no right or wrong way to go about checking in on someone’s health and wellbeing, but during times of stress, even the kindest of gestures can be taken out of context.

To avoid a conversation going wrong it can help to read up on the signs and symptoms of stress before you speak. Ask if the person wants to talk about things first, and if they don’t, accept that that’s okay. If they do, listen patiently and embrace the silent periods. It might feel awkward at first but silence is a time for each of you to gather your thoughts. If you’re unsure what they are sharing with you, ask them to explain further.

Importantly, you must be prepared to support them based on the conversation – otherwise why have it? If you can’t offer help directly, help them to explore other options for how they could begin to feel better in times of uncertainty.

What to do when a conversation goes wrong

One of the first things to do when a conversation goes wrong is to assess the harm. Be open and vulnerable with yourself to explore the damage that has been done. You might think your apology is about a throwaway comment you made but to the other person, it might be more than that. Perhaps your comment was part of a larger pattern of thoughtlessness on your part?

The thing to remember is that the person could be angrier than you might expect them to be. This is why you need to assess the situation before you try to address it. Your natural instinct might be to quickly restore the balance by apologizing but apologize for the wrong thing or scale down the person’s feelings and you risk doing more damage.

The next thing to do is to take responsibility and admit your mistake. Resist the urge to enter a shame spiral with words such as “I can’t believe I said that, I’m really insensitive.” This just places you in a pity party that’s more about you than the person you hurt. Instead, be realistic by reframing your internal narrative to something like, “I made a mistake with my words and I can see that you would be upset by them. I didn’t mean to be insensitive but I recognize that it came across that way.”

Whatever you do, don’t get defensive by making an excuse such as “I didn’t mean it” or “it was only a joke”.

Getting your apology right

There are some good things to come from a well-constructed and genuine apology. You can openly discuss a broken rule of social conduct, you can re-establish expectations within your relationship, and you can use the time to highlight your better virtues on both sides.

It’s important to let the other person have their feelings and not try to alter them in any way. Avoid squabbling over specifics, even if you don’t remember saying a particular part of the conversation. It’s not important what was said or whose version of events is correct, it’s about how the person was made to feel by your actions. You might disagree, but this is about THEIR feelings.

You’ll likely be tempted to clear your name by clarifying your intent but unless the person asks you to explain what you meant by your comment or joke, don’t go there. Instead, reassure the person that you’ve learned from your mistake and that you’ll be educating yourself to make an effort not to upset them again.

For some people, an apology can feel like an admission of inadequacy. They think an apology will allow the other person to take no responsibility of their own and that the mistake was all one-sided. This isn’t the case, however, when it’s delivered correctly.

If you really feel that you didn’t do anything wrong but you recognize the need to apologize, consider an acknowledgment of hurt instead. A simple statement such as “I’m really sorry my words made you feel that way” can go a long way to rectifying the situation.

Never be afraid to be the first to apologize, even if it was a two-sided argument. Also, don’t presume the response will be positive. The fact you said “I’m sorry” shouldn’t immediately result in the other person accepting your remorse. Give the person time, as the trail of a painful emotion can belong. Managing expectations may also mean accepting that forgiveness might not be on the table ever.

An apology can be the opportunity to re-establish trust but on occasions, it might take some more work. If you’re not immediately forgiven, leave the door open for them to share anything else with you in the future. Let them know you are there for them if they need you or if there is more to say or do to help them destress/find forgiveness.

If you are forgiven and the conflict is resolved, leave it there and don’t bring it up again. Pop the argument in the past and only take the learnings into the future. It’s a clean slate and an opportunity for you to both do better moving forward.