Should grandparents be paid for providing childcare? 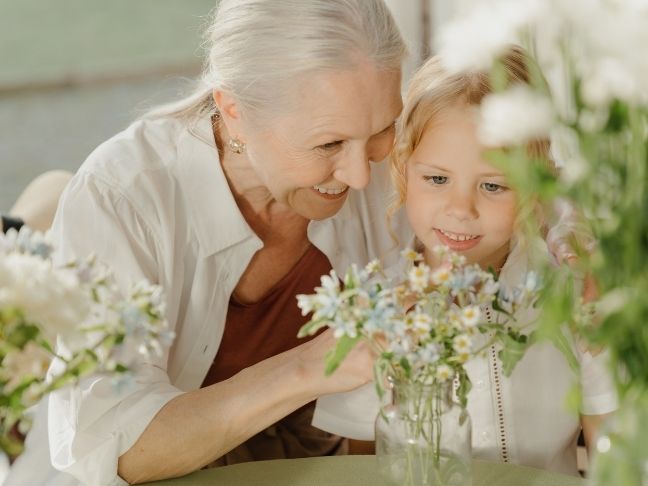 Photo by cottonbro from Pexels

It’s not uncommon for grandparents to assist with child-raising. In fact, it’s far more common than you might think: statistics show that 937,000 children are receiving care from grandparents, and on average grandparents provide 16 hours of care per child per week.

America is one of the most expensive countries in the world for child care. The reasons behind this are many, but one of the key metrics is the number of children being enrolled in daycare. It has increased fivefold from the early 1990s, as more and more families need to become dual-income households to meet the escalating costs of living.

As much as $127.4 million in childcare costs per week are saved by grandparents shouldering some of the burden, or a massive $6.6 billion per year. Is this right, however? Or should grandparents be paid for the childcare services that they provide?

About 40 percent of grandparents do think that they should be compensated for the time that they take to look after grandchildren because it does often have an impact on their own lifestyles.

Well, over half (60 percent) claim that providing care to grandchildren has changed a grandparent’s retirement plans. A further 42 percent say that they’ve needed to adjust their holiday plans to allow for childcare time, and of those grandparents still working, 30 percent have had to alter their own work arrangements.

Most grandparents are happy to lend a hand

Though providing childcare to grandchildren has an impact on some facet of the lives of most seniors, for the most part, they’re happy to help out. Just 16 percent of grandparents see childcare as some kind of burden.

The other 84 percent help out for the love of it. This statistic is backed up by the fact that overall, seniors derive a greater sense of pride in caring for the family than they do community volunteering or world traveling.

The rise of dual-income families

Part of the reason that grandparents are happy to help out is the perception that childcare is still a family responsibility. While the typical senior understands the increasing need for dual-income families, 86.6 percent of seniors believe that families used to be more focused on one another in the past than they are now. In the eyes of many seniors, helping out with childcare is a way of maintaining that traditional focus on the family.

With that being said, Kids Ride Wild explains that it’s also important to recognize that professional childcare has benefits for children. Increased social exposure to other children and adults in a safe environment helps the child with their socialization and, later, transition into school life.

It would seem that the ideal balance would be to give the children time in childcare as much as can be afforded while allowing the grandparents to participate via childcare in a way that’s less disruptive to their own lifestyle as seniors.

Participation in childcare does help seniors, too. Being able to bond with the child early allows the grandparent to play a more active role throughout adolescence, and helps to give the grandparent access to youth culture and social experiences.

Lastly, should grandparents be paid for providing childcare? The truth is that there is no correct answer. That’s because everyone is different. We come from different cultures. We speak different languages. We are different, and because of that, what might be an acceptable practice in one culture, could be offensive in another. So, should you pay grandparents for childcare? Well, that’s up to you.

Luke Fitzpatrick is a freelance journalist and has been published in a variety of publications such as Forbes, Tech In Asia, and The Next Web. He is also a guest lecturer at the University of Sydney, lecturing in Cross-Cultural Management and the Pre-MBA Program.