How to support your child’s dream of becoming a writer? 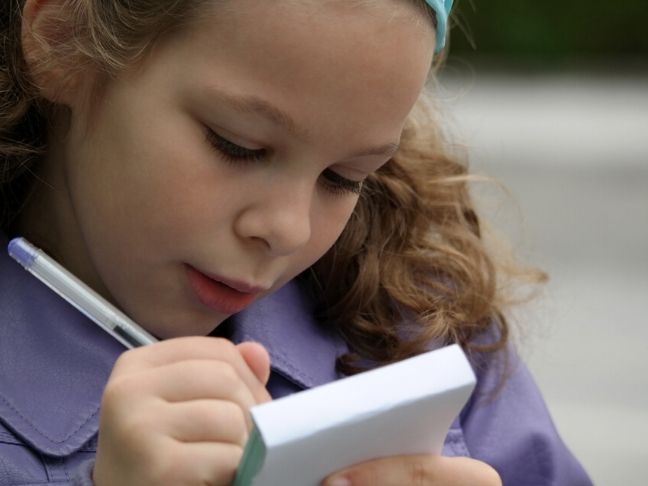 Image by Raphaël Jeanneret from Pixabay

The written word is one of the most ancient of arts. It conveyed the words of Cleopatra to Cesar Augustus, sunk a thousand ships, and brought about an end to innumerable wars. When used correctly, the written word can be beautiful; when incorrectly, dangerous and provocative. To help your child toward becoming a writer is the hallmark of a brilliant parent, as with any of the arts. Too often in our current age do we see children disinterested in reading, obsessed with the lives of social media personalities and musicians; blind to the beauty that lies right before their eyes. While the written word is probably never going to die out, it does appear to be becoming partially obsolete; replaced by code and computer programs, television, and music. If you cultivate a writer, you will be doing the world a huge favor, we’re running out.

The first step in having your child become a writer is to cultivate a love of the written word. Books, books, and books! The only way to endow your child with a love of writing is to give them a love of reading. A child who reads will love to write, and he who writes will love to read.

Many of the greatest novelists of our era were inspired by their parent’s dusty books. Your child should become well versed in the great novels of our time, from John Steinbeck to John le Carre. Your child could be the next Edgar Allen Poe or Oscar Wilde, on the shelf with J.D. Salinger, one day, possibly.

Unfortunately, we are in an age when children have an insatiable desire to become like pop stars and counterculture icons rather than literary giants. Notwithstanding, some still do, and possibly so does yours.

So to get your child’s interest, you may want to make learning interesting and fun. You can let them join an English language book club, introduce new words every day or play word games to improve their vocabulary. With a little help and incentive, your child can use this site with a tool that can unscramble words and letters. If the word is foreign to your child, describe the newly learned word or act it out, and use it often. Incorporating them into your everyday language will help them remember the words. With a hand in the right direction, your child can write the next great American novel.

Often the first and the best way to have your child develop a love of writing is to introduce them to poetry. Shakespearean poetry is very simple and not too complex for the mind of a child. Shakespeare is where many of the literary greats started, and if you start your child on him you too may be fathering or mothering a potential hero of the written word. The theatre is also a good thing to introduce your child too, as often many of the Shakespearean plays are still to this day acted out in theatres globally.

Cut Out The Television, Read Fiction!

It would be good to a certain extent to deprive your child of television and radio; it has been often said that they dumb the brain and create a generation of robots. A young child obsessed with the television, unable to concentrate on a book, is not the hallmark of good parenting; as a parent, you should reinforce reading time. Television has many detrimental effects on the health of youth, if not controlled, and can cause innumerable negative side-effects, whereas reading, reading is known for its calming effects and gentleness.

Instead of introducing your child to The Simpsons, why not introduce them to a Catcher in The Rye? Rather than Friends, why not John le Carre? Great fiction can often be so engrossing, so much more than television, and you can become so easily lost in it. I’m sure you know that, however, that’s why you want your child to have a shared interest in reading and writing, right?

Learn Until Your Brain Hurts!

It is imperative that in your child’s early childhood you afford them with the best education possible. If you cannot physically have them attend an independent school, then you can teach them at home quite easily; there is nothing that you cannot be taught at home, other than brain surgery probably. Yes, you shouldn’t teach them that. You must be certain that your child has a firm understanding of the English language, from grammar to punctuation, and everything in between. A child who, when an adult, that cannot understand basic principles of the written word, is undoubtedly not going to succeed as an accomplished writer and author, and if they do, it will take very long to do so.

It is best to teach your children when they are young and absorbing every single thing around them. Thankfully, the English language is one of the easiest in the world to learn, so it should not be too much trouble at all.

Writing, when done by the right person, can be magical and breathtaking, a pen can tell an infinite number of tales. With a gentle hand and words of encouragement, your child could one day become great; in your eyes, of course, they always will be, but they can be so much more and offer so much to the world.