Noteworthy events and festivities in New York City this fall. 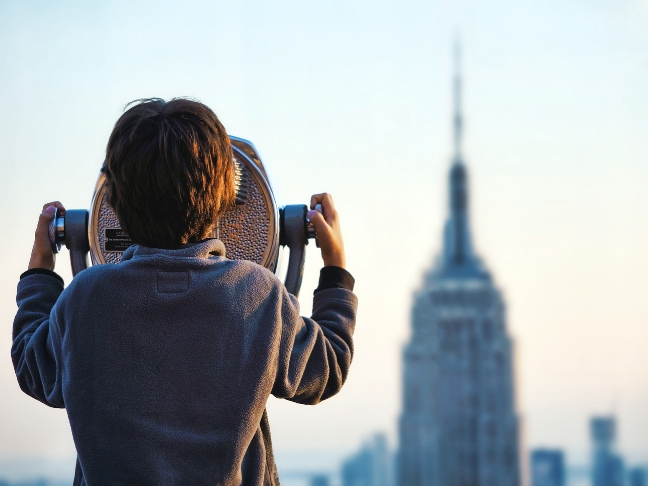 New York City has come to be known as the city that never sleeps. There is always something happening, and everything works around the clock. With an estimated 2017 population of 8.623 million people, there are many events to choose from. It’s just a matter of finding out where to get your share of the big Apple.

As it does every year, the Fall season brings with it a refreshing calendar of exciting events to look forward to. Some are one-off occasions, while others are seasonal and happen once a year every year – like Super Bowl Sunday or Saint Patrick’s Day.

Because Fall is such a happening and busy time of the year, finding accommodation nearby the most happening spots is a complete riot. If you are someone who wishes to emerge themselves in the chaos-but- wonder that is New York City, we recommend staying in midtown to get a better feel for your surroundings – like at the Radisson Hotel New York Midtown-Fifth Avenue. But if you prefer a calmer environment, a little further from the ‘chaos’, there is always the downtown option – like at the Radisson Hotel New York Wall Street.

Let’s start this list of some of the most noteworthy upcoming events this Fall with the much-anticipated holiday festivities of the season.

Every year on October 31st, New York City holds its infamous Village Halloween Parade. This year is its 47th anniversary celebrating one of the nation’s most creative, inspired and down-right spooky events. It is the perfect event to find out why this chilly town is also known by some as Gotham City.

Since 1924, the Macy’s Thanksgiving Day Parade is held on Thanksgiving Day. This event, which this year falls on November 28th, is now a much-cherished holiday tradition in the United States. It has become a staple in the NYC event calendar as the three-hour parade broadcasted on national television in honor of Thanksgiving Day.

National Pickle Day is the ever-so unusual holiday in honor of a vegetable that goes by many names and can be eaten in a thousand different ways. Pickle Day is an annual event held on November 26th that takes place in the city’s Lower East Side. This event is dedicated to all things pickle, specially catered for all the pickle-lovers venturing the busy New York City streets. Be prepared to be pickled pink at this event.

As we continue to run down the list of events happening this season, there are also a few interesting festivals held this year in the tri-state area. Not to mention, new exhibitions and special openings also worth visiting this Fall.

This year, the Film Society of Lincoln Center will host its 57th New York Film Festival from September 27th until October 13th. This festival has a line up of approximately 20-30 feature films and is one of the most distinguished film festivals in the United States.

This book festival, held from September 16th to September 23rd, celebrates local, national and international authors, publishers and booksellers. Through a series of programs, readers and book lovers can read, discuss works and deepen their understanding of literature and its genres. This free festival might be the day you find out the hidden meanings of Gatsby’s green light at the end of the dock.

This whimsical event held from November 4th to November 10th will include an entertaining line-up of up-and-coming stand-up performers as well as some big-time seasoned comics.

New York City is especially known for its one-of-a-kind events, much like Open Cube. Having opened its doors this past June, this futuristic under-sea world experience is one of the latest immersive pop-up exhibits in Soho, one of the most eclectic areas in Lower Manhattan. Towels not included.

In case the types of events mentioned above didn’t quite strike your fancy and you prefer to eat-like-a- local, there are hundreds of new eateries opening every day throughout the city. One of the most anticipated is said to open at the end of Fall in Astoria, one of the most multi-cultural and diverse neighborhoods in Queens. The World Artisan Market is rumored to be an international market/hall featuring an exclusive selection of ethnic eateries and trendy spots. Bon appetite!

Fall is the perfect season to visit a city like New York and these events are just a small mix of handpicked noteworthy activities in an endless list of events held this season. So, as our last piece of advice to you, we suggest you get ahead of the masses of tourists by deciding early on what events you will be attending and what sights you will be visiting so you can book your stay ahead of time.