Baby sleeps face down, is it OK? 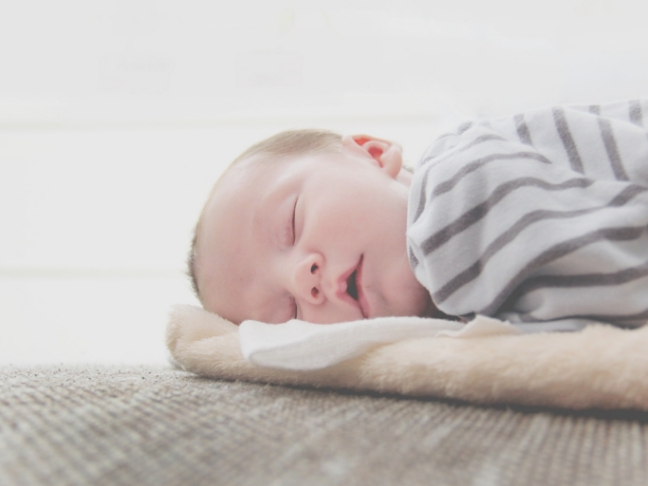 Photo by Dominika Roseclay from Pexels

One of the most challenging things is that health advice, which is especially related to babies, changes all the time. As humanity goes through its progress and its development, it constantly discovers new realities along the way. Back in the day, parents used to put their babies to sleep face down without a worry in their head. It wasn’t until 1922 that the ‘Back To Sleep’ sleep campaign began rising based on the American Academy of pediatrics’ advice; the academy recommended that the babies should be put on their backs to sleep for the whole first year of their life. The ‘Back To Sleep’ campaign was a bit confusing to some parents because there were babies who slept face down just fine without anything happening, while other babies sadly experienced SIDS (Sudden Infant Death Syndrome). So which advice should you follow?

Sleeping on their backs

Babies start rolling over by the time they are 6 months old, which is the same time parents go into the room to check for their baby’s breathing. The reason why checking for the baby’s position sleeping position back then was that there was a sudden rise in SIDS; parents kept losing their babies and not knowing why. However, after the ‘Back To Sleep’ campaign parents started to adjust their baby’s position every time they rolled over, and do the death rates decreased. But lately, mothers have been rebelling against this campaign because they found out that babies sleeping on their back isn’t the best option and sleeping face down wasn’t the real problem at hand.

Sleeping on their tummies

Many parents believe that babies sleeping on their tummies are the best option based on good reasoning. Recently, pediatricians started to agree as well. But it’s important to do efficient research on the matter so that you understand.  According to wellbeingkid, there are occasions under which it is necessary to have a baby sleep on their tummies, such as when they are preterm so that their respiratory system develops well and their skulls don’t become flattened, and also when they are old enough to be able to turn their heads and bodies. Otherwise, unless constantly supervised, it’s better to not have babies sleeping face down in case of suffocation. So it really depends on the parents and their preferences at the end of the day.

This sleeping position has the babies sleeping on their backs with their faces right into the mattress, which can be worrisome to some parents and dangerous to some babies to a certain extent. Know that this sleeping position is dangerous for babies under 3 months old, but will not harm babies above 6 months old. What scares parents is that their babies might not be breathing properly, but there are precautions that parents can take. Have a flat mattress that’s flat with a tight sheet on top of it, and always monitor your baby’s sleeping.

There are many comfortable sleeping positions for many babies; how safe or dangerous their sleeping position is relying on how old they are. Sleeping on their backs is not dangerous, yet can be uncomfortable at times and cause the baby and the mother to wake up. Sleeping on their tummies is considered to be healthy and comfortable while sleeping face down is considered to be dangerous up to a certain age. There are always precautions that you can take as a parent like always checking on your baby’s breathing and making sure the maturer is flat enough for them to breathe properly. And in that case, the areas closest to your baby’s face can remain clean and germ-free.