Can mental health problems during pregnancy affect a child’s development? 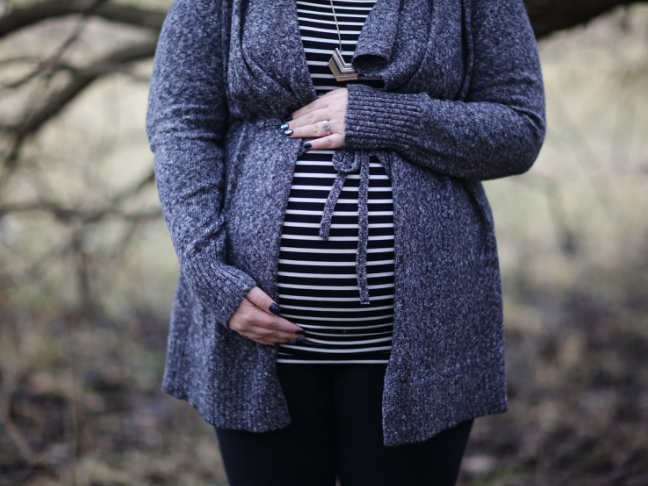 Photo by Leah Kelley from Pexels

Let’s cut to the chase straight away: yes and no. Mental health problems may or may not affect the baby, but this depends on a myriad of factors. Mental health illnesses are much more evasive and difficult to treat than physical disorders, and when a woman has conceived, this brings along a whole new set of challenges. That’s why it is of utmost importance that this article is read not only by mothers-to-be but their partners, family members or friends.

When the problems may begin

Before discussing the consequences, let us first see when and how the problems may start, so as to prevent them on time.

One of the biggest challenges when it comes to dealing with mental health issues in pregnancy is the fact that the illness itself needn’t exist before pregnancy, which makes it all more difficult to recognise. The signs of mental disorders are hard to track as it is, and when a woman is pregnant, it is especially tough due to the reason that the hormones are raging. Therefore, it’s extremely hard to discern whether a woman is experiencing just a temporary hormonal imbalance, or if those signs are the red flags pointing to a much more serious state.

As a matter of fact, a lot of women start suffering from a certain mental condition during their pregnancy. As a survey on expecting mums shows, over 20% of the surveyed claimed to have experienced constant sadness and a great lack of joy. Nevertheless, not all of them had mental issues, though these symptoms of worry and anxiety are very often connected with mental problems. What is more, if a woman has suffered from a mental illness before, there is high probability of the illness returning exactly during this sensitive period.

Unfortunately, for many a mum out there, being pregnant has nothing to do with gleaming with happiness, or at least not all the time. For those future moms who are already on some therapy or are acquainted with their diagnosis, this is a period full of self-doubt. Nevertheless, there are solutions to it.

First of all, if a woman is aware of her mental issues, she has to consult with the professionals while planning the pregnancy. It’s essential that the therapy is changed in a timely manner. In such pregnancies, it is vital for all the doctors to cooperate  (psychologists, psychiatrists, counselors and/or gynecologists). The worrying part, however, is the fact that a lot of mums-to-be decide to quit their therapy as soon as they find out about the pregnancy without any professional consultations. Unfortunately, this is far from the safest solution. Usually, they are misinformed about the alternatives.

Fortunately, nowadays there are plenty of alternatives to antidepressants or any other types of medications. There are lots of prescribed drugs which are perfectly safe for the baby. As well as that, some relaxing activities such as yoga, pilates or joining support groups can also do wonders for one’s mental well-being. For example, prenatal yoga is excellent for reducing anxiety as well as giving birth more easily.

The consequences of ignoring the previously mentioned symptoms or choosing not to take any more medications can be grave for both mum and the baby.

First, a baby can be harmed if a mother decided to neglect herself. You would be surprised just how many mothers-to-be believe they are doing well for the baby if they decide not to take their therapy anymore. On the contrary, increased depression and sadness can only harm the baby. Constant stress triggers the production of cortisol hormone, aka steroid hormone, which is received by the baby through the placenta. As a result, this may cause changes in the baby’s brain, and its final effects are shown later in life.

Another study has shown that children are more likely to become depressed before they turn 18 if their mothers were feeling depressed during pregnancy. This has caused quite a lot of turmoil in the medical world, as this means that the care of our mental health starts in the womb. Therefore, if a woman is dedicated to keeping her mental state in the best shape possible, she is greatly helping her child later in life.  Hence it is vital for future mothers to take great care of themselves.

Finally, there is one more danger lurking for both the mum and the baby, and that is suicide. Even though research shows the percentage of pregnant women who have killed themselves is relatively low, especially in comparison to postpartum cases, this has to be mentioned as the most serious consequence of not paying attention to mental issues during pregnancy. For this reason, it is essential to take action on time and help struggling future mums at the very beginning.

If left untreated, mental health issues which occurred during pregnancy will also continue after giving birth, which is a potential danger for the baby’s social, emotional and cognitive development. In fact, infants with mental health concerns struggle with speech, problem-solving, toilet training, or expressing emotions properly.

To summarise, if a future mother has mental health problems, it is perfectly possible for her to have a baby without any consequences to her or the child. There are lots of ways around it, but they can only work if the mother-to-be turns to medical professionals on time and follows the instructions closely. In addition, she must have the right support from her immediate environment in order to overcome all the challenges and give birth to a happy, healthy baby.