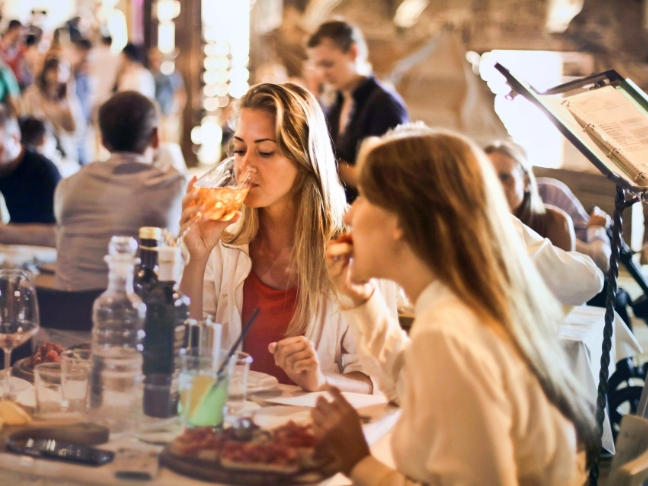 Photo by bruce mars from Pexels

You can tell a lot about a country’s character by trying its fast food cuisine. Fast food restaurants may feel very modern and inauthentic, but the foods they serve are often cooked using local recipes and ingredients.

If you’re planning a trip to the Philippines then you should drop by a Mang Andok’s restaurant. This fast food chain mostly serves chicken meals prepared using traditional Filipino recipes and ingredients. Each chicken meal is also served with a little rice and a bottle of soda, which many Filipinos enjoy.

Aside from chicken meals, Mang Andok’s also serves other types of meals, all of which are prepared using traditional Filipino methods and recipes. One good example is fried boneless “bangus,” a type of freshwater fish that had its bones removed then served along with rice. Another good example is ‘sisig’ which consists of several pieces of spicy meat served with rice. So if you want to try some authentic Filipino cuisine, then go visit a Mang Andok’s restaurant.

Nando’s is one of the most popular dining restaurant chains in South Africa. They specialize in serving chicken meals prepared using the peri peri style, a Portuguese flame grilling technique that has become quite popular among many South Africans.

In fact, people traveling between Cape Town to Johannesburg often visit whatever Nando’s restaurants that they pass along the way. Most of these customers order the peri peri style chicken meals, but Nando’s also offers plenty of other choices, including roasted vegetables and a wide variety of sandwiches. So if you ever find yourself looking for cheap flights from Cape Town to Johannesburg, you may want to drop by a local Nando’s restaurant and enjoy some of the best cuisines South Africa has to offer.

If you plan to visit Asia, and you want to try some authentic Chinese cuisine, then look no further than Din Tai Fung. This restaurant chain may be found all over Hong Kong, Taiwan and China.

Today, it is known for its snack-sized steamed dumplings and even a few buns. Moreover, it also offers a sit-down service, which makes it quite classy compared to most other fast food restaurants all over the world.

You can tell a lot about a local culture by the type of fast foods they consume. McDonalds, for example, reflects the popularity of burgers and fries among Americans. So don’t dismiss fast food restaurants out of hand. They may be very modern but they can also be quite authentic.