Do you know chimney cake? If only the homemade version wasn’t so complicated to make. The mini chimney crescent knows everything that the older sibling does, but making it is much easier. 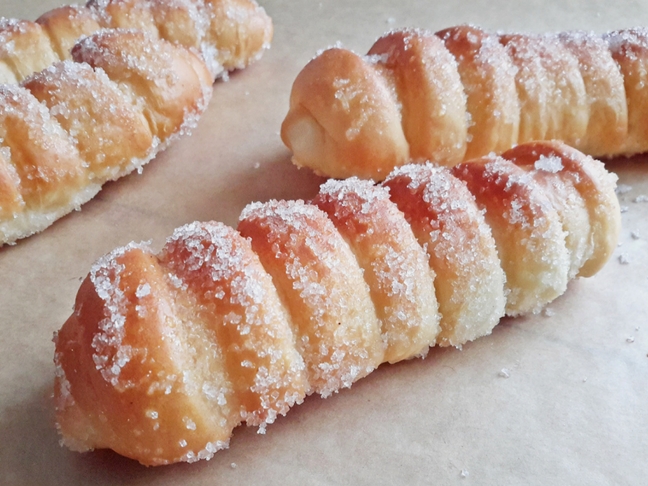 Every season has its own flavours, scents and foods. In the late autumn-winter come forward the more spicy, aromatic soups, main courses and desserts. From spices, my absolute favourite is the candy orange- and lemon skin, cinnamon and gingerbread mix. I like how these scents linger through the kitchen and make me remember my childhood, the autumn garden, walking in the winter along the Danube, after which I was happy to cozy up next to my grandmother’s heater and eat a cinnamon roll or two-three handfuls of gingerbread men.

I met the chimney cake when I was an adult, my grandmother’s repertoire was missing this delicacy. This is a dessert that never disappoints me. When it comes to the flavour, I am open to anything: cocoa, walnut, vanilla, cinnamon, simple sugar, coconut, I am omnivorous. I don’t only like eating them, I like watching how they make them in street stalls at christmas markets.

My fandom got to a point where I decided to bake chimney cake at home. I started looking for recipes, collecting tons of possible choices, and then I got scared. I sadly realized that homemade chimney cake is not the typical big family activity that is done in quickly.

But of course I was not ready to fail, so I looked further.

That was how I found a recipe that presented the flavour of a chimney cake in the form of a crescent. I became curious. And then a committed fan. The mini chimney crescent knows everything that the bigger one does, but it is way easier to make. Of course it can’t replace the true chimney cake, but in it’s own category, it is a fantastic delicacy. 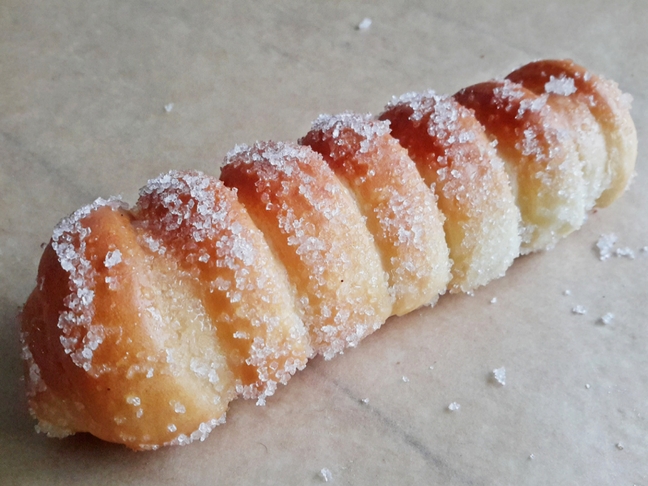 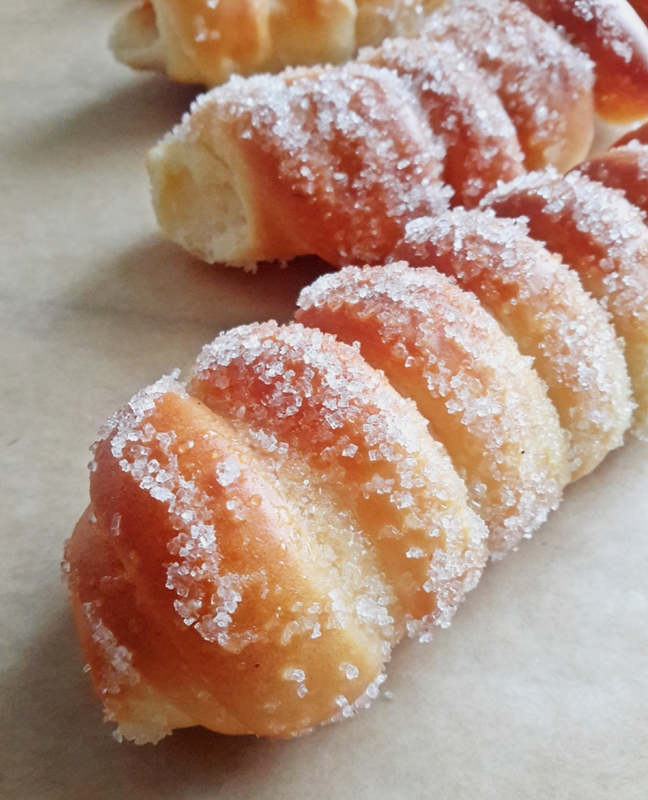 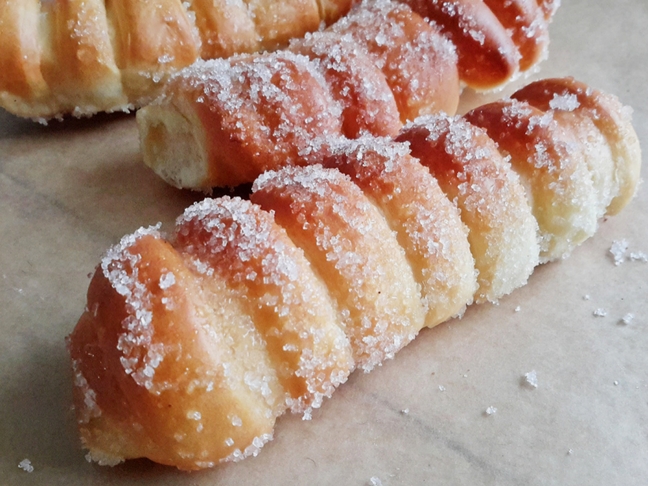 If you like what you read, come and join my Facebook page, where you can experience a great community and a not so everyday life with five kids.