How can I support my son’s fitness goals? 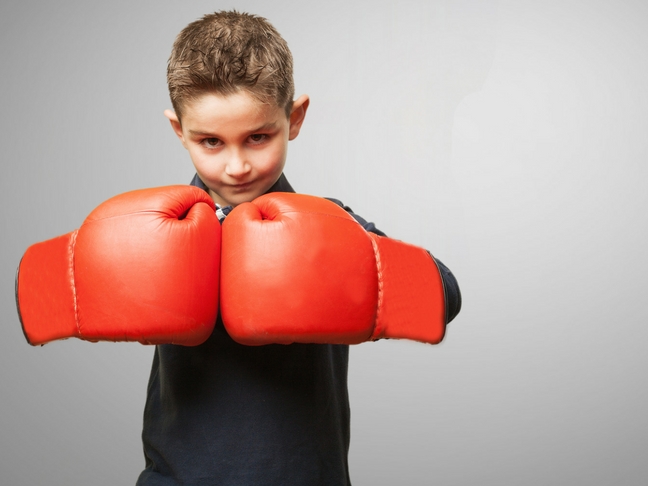 Personally, I’ve never understood the appeal of over-emphasized muscles and the focus on physical appearance as a display of power, and thinking back to my kids’ early teens, watching The Terminator over and over again seemed as normal as any superhero-adoring phase. So what, I kept thinking, other kids love Superman, my kid is crazy about Mr. Schwarzenegger, it will blow over. But unlike my daughter, who fell in love with gymnastics and dance, my son remained persistently in awe of raw strength.

And a few months ago, several days after he turned 15, he expressed a desire to start going to the gym, but not in that clumsy, “I’ll try every machine there is” sort of way, but in a structured, “I want to train hard, lift heavy” way. First, I was terrified out of my mind, as I assume many parents would be, but it slowly dawned on me that this could be a blessing in disguise, if approached correctly.

As we all know, adolescence is a sensitive phase of life, and the image of sulky, quiet kids is there for a reason, and I had no intention of pushing my son into an emotional overdrive with baseless judgment. In all fairness, if you don’t know anything about the sport, you cannot voice your fears without sounding like a complete lunatic, as most similar parental dissatisfactions are often based on assumptions. Dear God! Herniated discs! Steroids! Diabetes! Liver damage!

A parent will likely jump to the worst-case scenario instantly, and I didn’t disappoint.

But why not express curiosity instead? It resulted in my son opening up in a manner very unlike his age, and he said he had done his research: he found a nearby gym, an instructor, and he insisted on paying for the membership and training himself – his need for independence echoed in every word. If you want your kids to open up, there is no room for blatant judgment. And then it’s your turn to maintain that line of communication, learn as much as possible, and make it a safe journey for your kids.

Most moms I spend time with, myself included, never go beyond a vigorous aerobics class, so first-hand experience was out of the question. The best way to go about it then, is to go straight to the source. Speaking to a professional, certified instructor, will clear many misconceptions for you. For example, I learned that kids start training with weights even younger than my son, and none of them go straight for the barbell, but first work on calisthenics, learn the proper movements and then slowly transition to resistance training.

However, nutrition plays a crucial role for a still developing child, and while weight training can help them grow stronger, more resilient, make their bones denser and less prone to injury, their meals need to provide them with essential nutrients to support such growth. And scientifically speaking, according to Wayne Westcott, PhD, an exercise scientist from the US, there’s no evidence supporting the common myth that weights stunt growth, but quite the opposite. If they have proper guidance, focus on learning form and exercise safely, there is no reason to deter your kids from training with weights.

Safety as a state of mind

Of course, even after dissipating my initial concerns, as a true mom, I easily found new reasons to worry – and once again, learning from professional athletes, using the Internet as my go-to source (with a healthy amount of skepticism) and pestering my son’s instructor helped me ease my overly-stressed mind. At first, working on bodyweight exercises, using elastic bands and introducing dumbbells on occasion required only ample rest and healthy food, followed by protective gear.

To show my support and satisfy my own need to contribute to my son’s safety, I turned to local stores for finding the right equipment. By getting him some Ryderwear bodybuilding clothing, gloves, and a belt for down the road, I didn’t only earn his trust, but I also ensured my own peace of mind. If there is a way to steer your kids in the right direction on their own quests for self-expression and self-improvement, it’s to teach them to never lose sight of their core values.

In this case, that means that I will do my best to make sure that my son’s pursuit for health and strength never degrades into an ego-trip that will ultimately destroy his wellbeing, emotional, mental and physical.

I’ve learned so much in the past few months, and I know that I have yet to learn. Although fear, now slightly subdued, still roams my mind whenever I think of my son’s new passion, I remind myself daily that dangers lie ahead even in simple actions such as crossing the street or catching a plane to visit his uncle. And there is little I can do to prevent every possible catastrophe that can happen to my son.

However, I’m grateful that he chose to focus on his wellbeing, instead of computer games, smoking or other lovely addictions that are so prevalent among kids his age, and that he shared his dream with me, so that I can be a part of his journey to independence.

And now that I know so much of his beloved sport, who knows? Maybe you’ll find me in a gym some day, trying to see what all the hype is about, fiddling with the barbell. But rest assured, I will not be going for the next Ms. Olympia, at least not in this lifetime.

Samantha has a B.Sc. in nutrition, and has spent two years working as a personal trainer. Since then, she has embarked on a mission to conquer the blogosphere. When not in the gym or on the track, you can find her at Ripped.me, or in a tea shop.