What are the most amazing places in the United Kingdom to see once in your life?

Made up of Northern Ireland, Scotland, Wales, and England, the United Kingdom, or UK has become a favorite European destination for tourists. This is so because the European landscapes are filled with beautiful countrysides, outstanding theaters, great museums, and historic cities. Starting from medieval castles to huge mansions, and even more beautiful sceneries of the Scottish highlands and the Lake district, Europe, truly is one the places which a person must visit once during his/her lifetime. 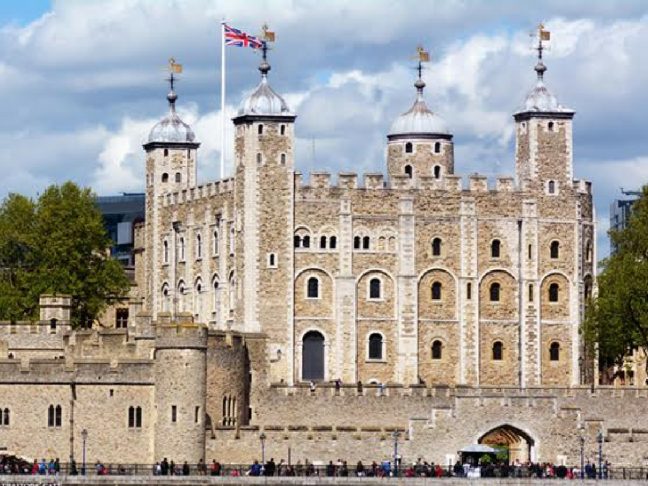 The Tower of London, located in London, has been anything and everything – a menagerie, an observatory, a treasure vault, a prison, and a palace. This World Heritage site has so many attractions that visitors will be kept busy for hours. The main attractions of this place are the White Tower and the crown jewels. Other attractions include the Royal Mint and the Yeoman Warder Tours. There are also exhibits which tell about the various prisoners and executions which took place. The place covers nearly 18 acres and thus there is a lot of exploring to be done.

The Victoria Baths give the tourists the capability to observe how the public, in ancient times bathed with the commoners. The tourists can get to see the Roman Bath House, the Roman Temple, the Sacred Springs and other attractions at street level. However, the actual baths are below street level. This is one of the historic locations to explore some of Europe’s stunning country sides. 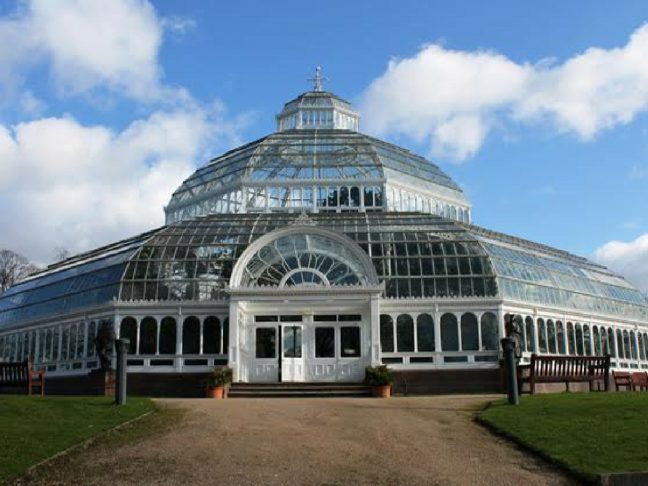 The Sefton Park, located at Liverpool is one of the most beautiful park areas in the world. Built during 1872, the park covers an area of 235 acres and is designated to be an English heritage side. The design of the park is based on circular, oval, and marginal footpaths and has 2 natural watercourses flowing into a 7 acre man-made lake within. The notable attractions within the park include the Palm House, the Eros Fountain, the Shaftesbury Memorial, and the Field of Hope. Some florists used to cultivate flowers from this very place for flowers delivery UK. 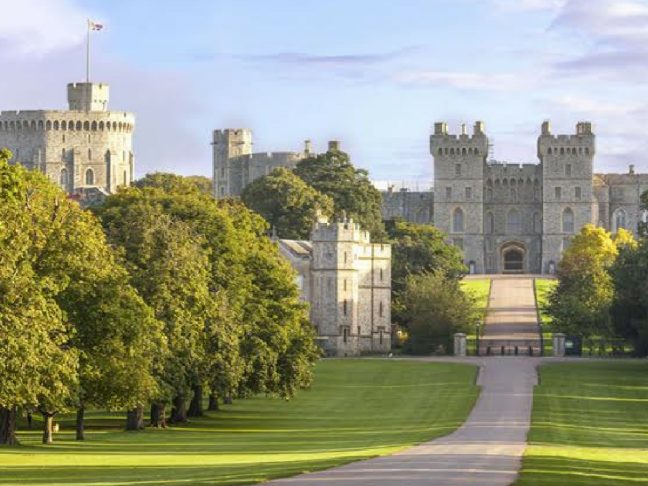 Built by William the Conqueror in 1078, the Windsor Castle is the British Royals’ summer residence. It is the largest inhabited castle in the world and is built around 2 beautiful courtyards. The entrance fees to this place include an admission to the State Apartments. Additionally, another attraction of this place is the Great Park which is a beautiful 6 mile long park which can be seen from the air while flying into Heathrow airport. The trip is not complete if you don’t get to see the Changing of the Guards within the Castle grounds.

Find :  7 Most Beautiful Spring Gardens to Visit in the UK 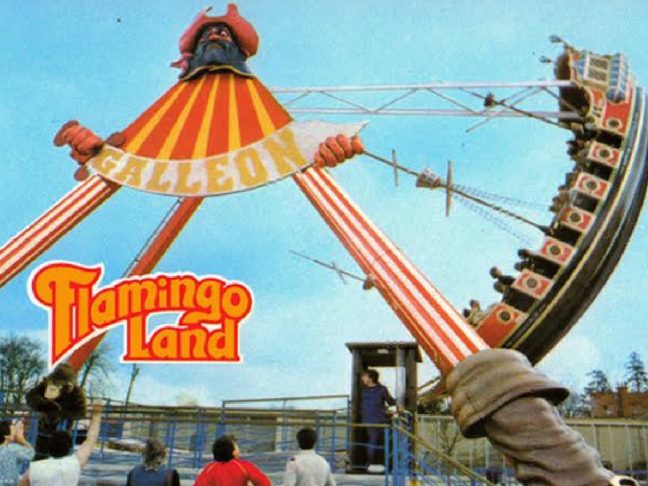 The Flamingo Land is a theme park, resort, and zoo, located at North Yorkshire, England. It was established in 1959 by Edwin Pentland Hick and flamingos were the first birds to make this place their home. The resort is home to nearly 1000 animals and this includes exotic animals such as sea lions, lions, chimpanzees, zebras, camels, etc. On top of 9 roller coaster rides and 2 water rides, the resort also has a gym, a spa, a gold course, a leisure center, and a large collection of static caravans and log cabins. 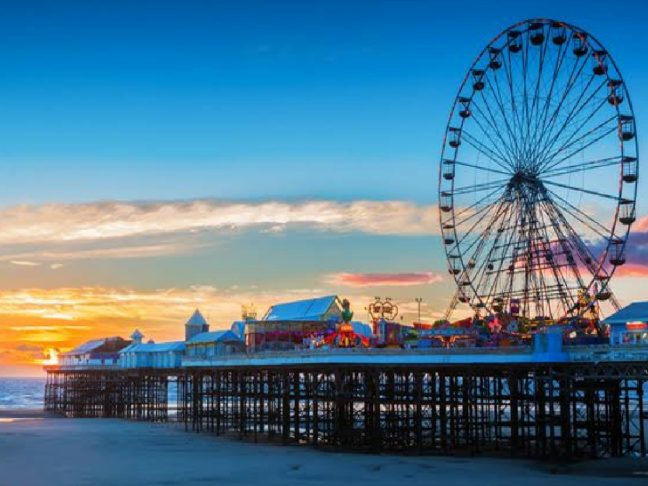 The Blackpool Pleasure Beach is an amusement park on the Fylde Coast of Blackpool, England. It is regarded as the most visited tourist attraction of the UK and one of the top 20 most visited amusement parks in the world. Since its inception in 1896, it has been owned and operated by the Thompson family. It is spread over 42 acres, and has a total of 41 rides which includes 10 roller coasters, and 5 water rides. The beach also has a 4-star AA rating hotel named The Big Blue Hotel. Other attractions of the place includes the Haunted Crypt, the Pasaje Del Terror, the Arena, etc. It has been said that the Beach is haunted. 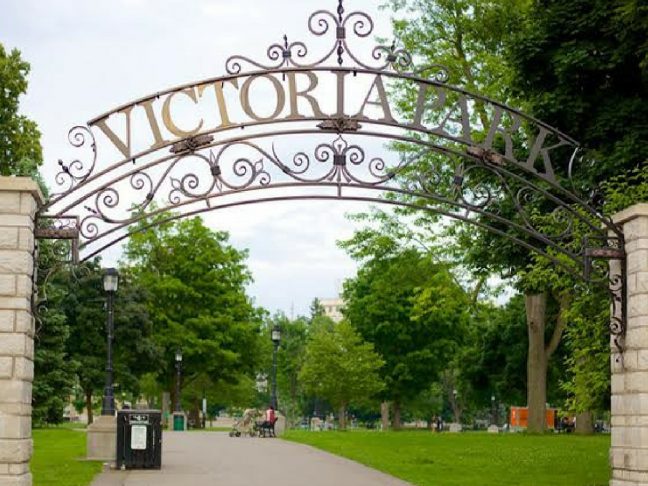 Located at Bow, Greater London, England, the Victoria Park is also known as the People’s Park. It is spread across 86 hectares of open space which was opened in the year 1845. There are 2 cafes within the park – the Park Café and the Pavilion Café. On either side of the park, there are 2 playgrounds, and sporting facilities and skate-park to the east. There are various historic artifacts, features, decorative gardens, and wilder natural areas and open grass lands. Additionally, it is also used to host concerts and various festivals. You can pick up flowers from this beautiful park to send flowers UK. 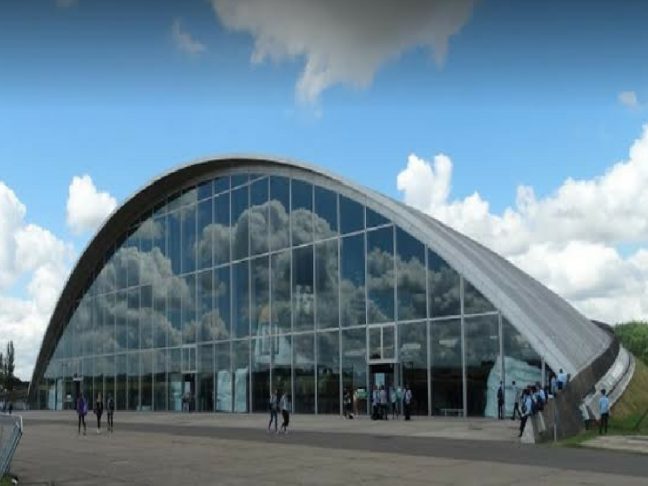 The Imperial War Museum was founded in 1917 and was intended to record the military and civil war effort and sacrifice of Britain and its Empire during World War I. The museum also includes the conflicts that the Commonwealth and British forces were involved in since 1914. The collection of the museum includes personal archives, official documents, video, film, and photographic materials, and oral history recordings. There are also examples of military aircrafts and vehicles, and other artefacts.

House for an Art Lover 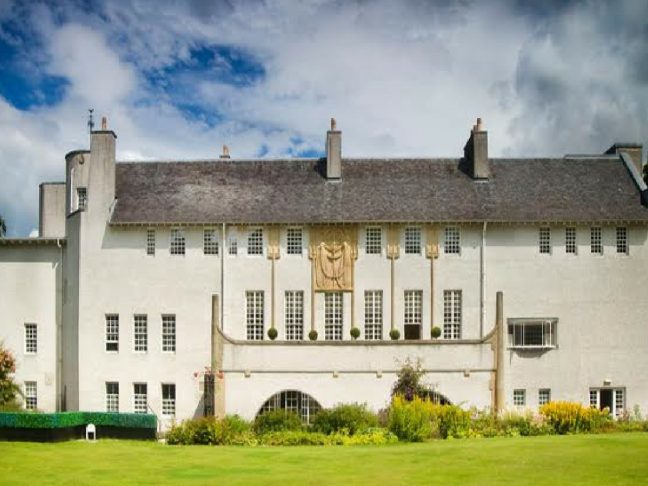 The House for an Art Lover is a building constructed between 1989 and 1996 on a basis of a design by Charles Rennie Mackintosh and his wife, Margaret MacDonald. The house serves as a beautiful venue for art exhibitions, and other events, on top of being a visitor attraction. The place encourages interest in architecture, design, and art. The House aims to be an international center for visual arts, and therefore, various visual art exhibitions, workshops, and talks by artists are held in the house from time to time.

You May Like : Top 6 Best Selling Flowers Gifts in UK 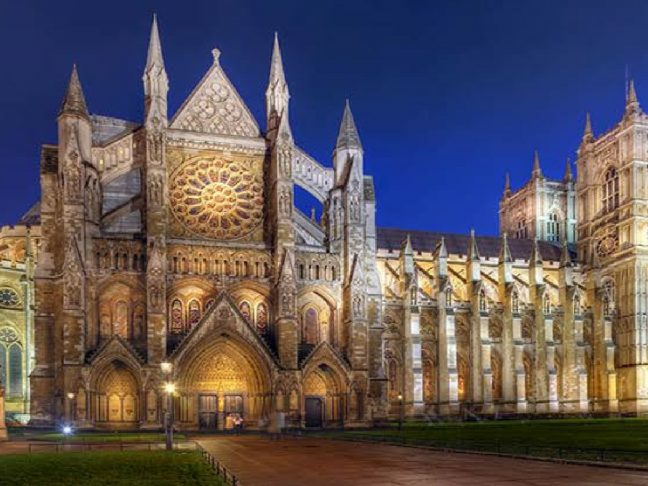 The large Westminster Abbey, located at the Westminster City, London, is a large Gothic church. It is the site of coronations and additionally, the English burial site and later, the British monarchs of the Commonwealth realms. In accordance to the historical accounts by Sulcard, during the 1080, the Abbey was constructed during the Mellitus’ time. During the early 1970s, the Fishmonger’s company used to give a salmon as a community act and this tradition has continued to this day. 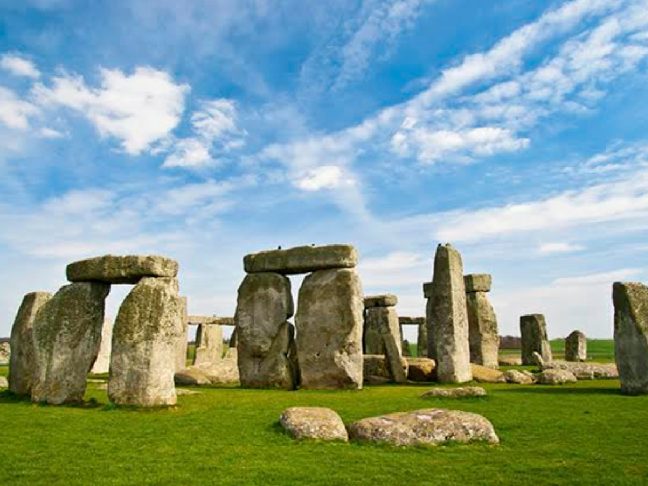 The Stonehedge is one of the most famous tourist sites in the world. It is made up of earthworks which surrounds a circular setup of huge standing stones to the south west part of England. Additionally, it is the home to the world’s critical Neolithic and Bronze Age structures and artefacts in the UK. It consists of around 200 secluded monuments. Starting from 2500 BC, Bronze and Neolithic Age, men began to bring in Sarsen and Bluestones stones from Marlborough Dawns and Wales. The Stonehedge was finished in 1600 BC. 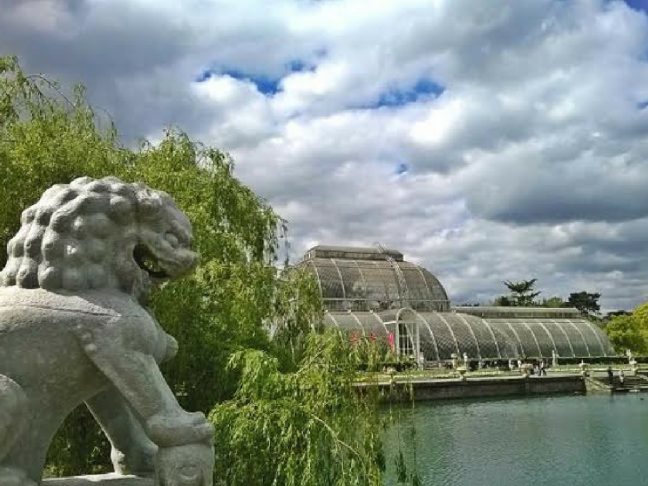 The Kew Gardens is a botanical garden located to southwest of  London. It is considered to be the world’s largest and most diverse botanical and mycological collections. It was founded in 1840, and is the home to nearly 30,000 various kinds of plants, while the herbarium is the home to more than seven million preserved specimens of plants. There are 4 gates which can be accessed by the public out of which the Elizabeth Gate is the main gate which permits the public inside. 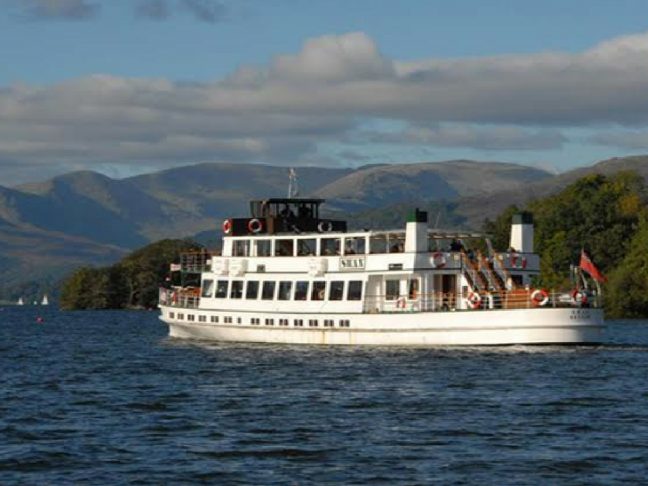 The Windermere Lake Cruises is one of the most popular attractions in Cumbria. The Windermere is the largest lake of England located at the heart of Lake District. The duration of the cruises last from 45 minutes to 3 hours. It doesn’t matter where an individual begins his/her journey, be it Lakeside, Ambleside, or Bowness, the spectacular voyage provides the travelers with magnificent views of various wooded islands, secluded bays, and mountain scenery. The cruise provides some local attractions also. 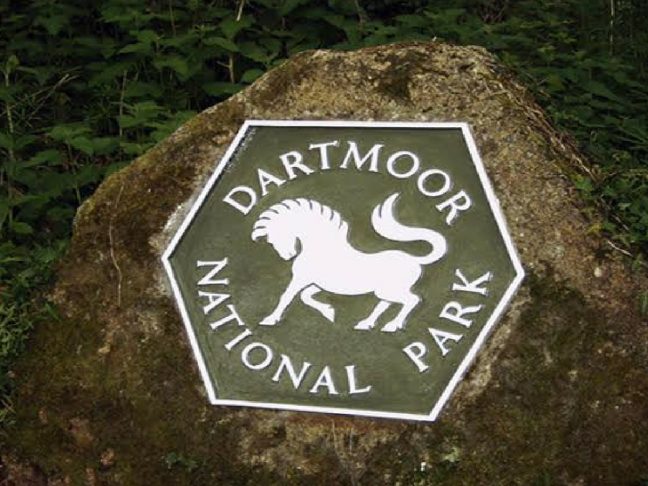 The Dartmoor National Park has both dramatic landscapes and weather. It is filled with striking granite tors and steep wooded river valleys. There are heather swathes which covers the moorlands. Additionally, there are numerous hamlets and villages tucked away around the moorlands. It is a land of contrasts where some individuals come to experience the tranquility of the place and other individuals come to start being active. There are some areas around Dartmoor which have used as firing ranges for the military for nearly 200 years. It has become a popular tourist destination. 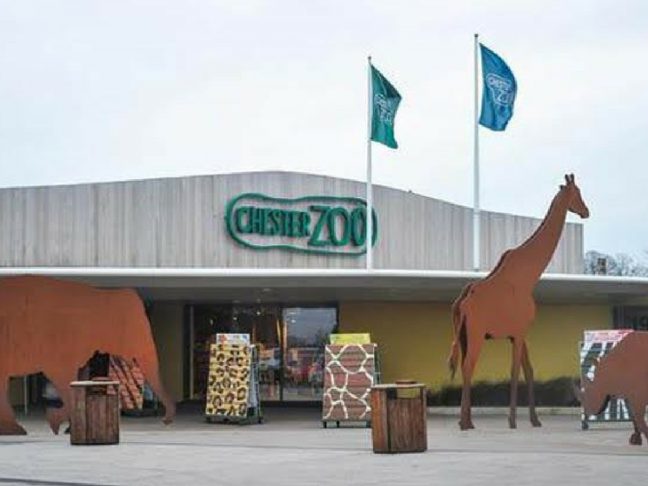 The Chester Zoo is a zoological garden located at Upton by Chester, in Cheshire. It opened its gates in 1931 by George Mottershead and his family. It has been hailed as one of UK’s largest zoos and has a total land holding of nearly 400 acres. It has more than 710 number of species of animals. On top of these animals, the zoo holds nearly 265 threatened species of plants. Some of the plants offers flowers which are available for same day flowers delivery.

So, you see, these are the most popular and amazing tourist destinations of UK. You must see them at least once during your lifetime during your UK tour. These cannot be missed at any cost.

Flora Williams is working as Manager of flowersukdelivery. FlowersUKDelivery – Online Flower Shop is dedicated to offering best quality  flowers throughout the United Kingdom of Great Britain and Northern Ireland.