How can we make a family cinema night unforgettable? Make some home made tortilla chips! 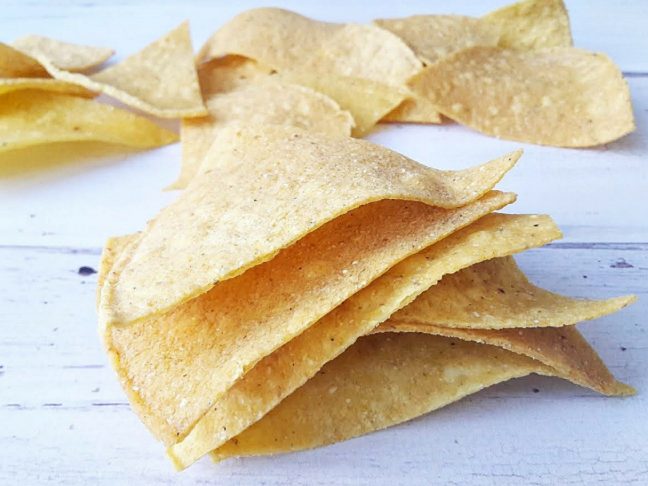 The family cinema nights have been a part of our lives since we have children. We mostly cozy up in the living room for the experience, but occasionally situations come around, when we need to turn on the television to calm the children down, to get them a bit out of the everyday craze and hurry.

There’s a common point in both: the family movie nights cannot work without some snacks. The children mostly asked for popcorn next to the vegetable slices and the sauce, but since the list time I made them some home made tortilla chips, it has become their main favourite and the popcorn lost its blie ribbon.

I couldn’t understand either what got into me when I just whooped in front of the oven, that I’m going to make some tortilla chips now, but I do not repent it. And I could also finally open up the cornflour which I bought in the shop last time with the this-should-also-be-tried way of thinking, and then totally forgot about it.

Although this might happen not to be the easiest recipe I have tried during my motherhood, but the eventual product compensated me: the children were really happy that I could finally produce something that is not only partially (flavour and outlook) alike to the industrial version, but it really is almost the same, and I was really happy because it is much less anything like the industrial version concerning the ingredients. 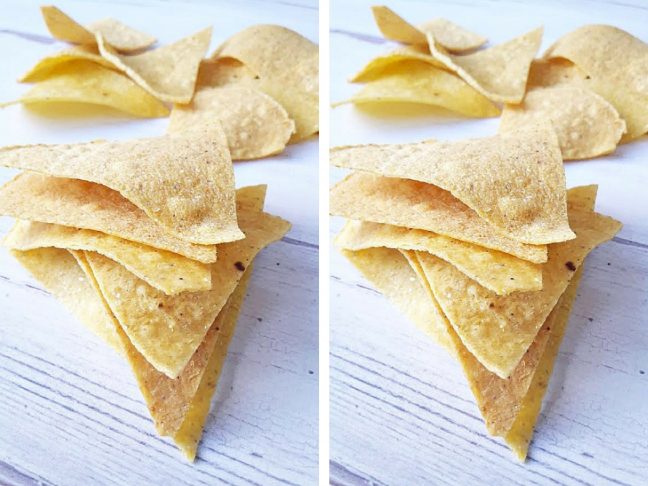 Save Print
Homemade Tortilla Chips
Author: momwithfive
Recipe type: Snack
Homemade snack
Ingredients
Instructions
Notes
You have to learn on what temperature you should bake the torillas: 330 F was the perfect for me, but it could easily happen that you have to use higher temperature with other ovens, to about 345 F. Don’t get afraid if the chips become a bit abnormal, practice makes perfect.
3.5.3226 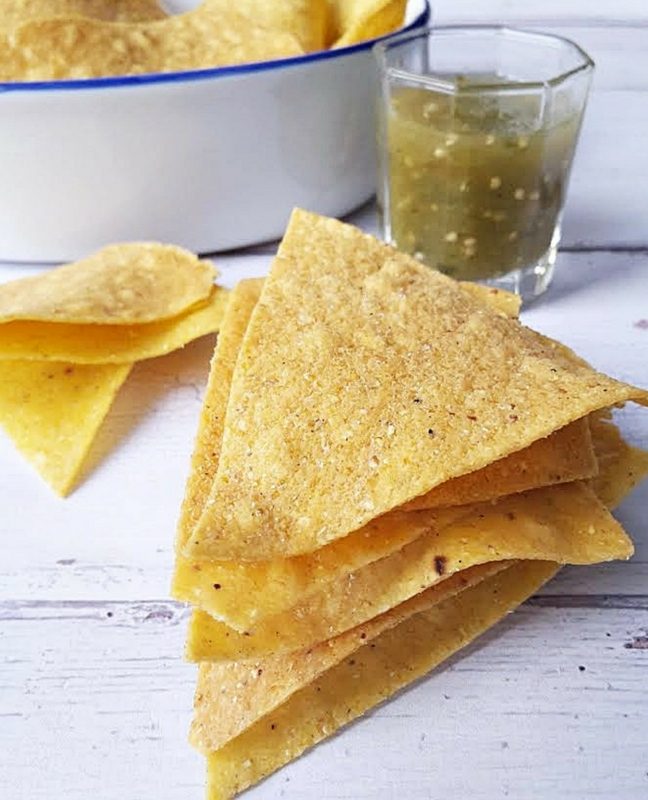