Earbuds save lives in big families, but storing them is a constant problem. But with two wooden clothespins every problem can be solved. 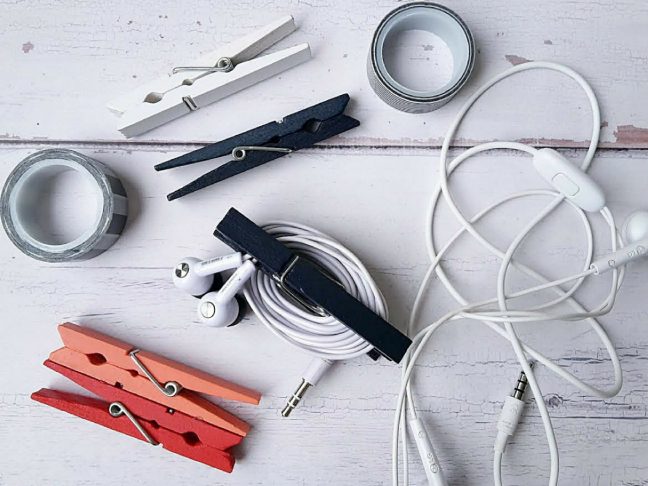 Five children are loud, there’s nothing to soften here. And I don’t mean them talking loudly and constantly, but they listen to for example music as well.

We have quite different taste concerning music, that’s a normal thing. But not even that of the five children is the same… no, of course not, and naturally they all want to listen to music at the same time. The solution is really simple: earphones. Although I am not that big of a fan of these devices, with five children even I had to see that they have their bright side.

No doubt about their practicality, but they have their downsides as well, namely, that they can get lost really quickly, and then never ever show up again – or only after I already have bought the new ones to replace the old model – or if we are lucky enough to keep a pair of them to the fore and in the children’s hands, they get so tangled, that even a harder level mechanical puzzle is nothing compared to them. Look at its bright side, at least I don’t have to buy logical, colour-shape, or escape games for them, it’s enough to leave a pair or two of earphones getting tossed around in the flat, and we have our next family program.

I got fed up with the dangled earphones when last time I wanted to run and I couldn’t find a pair which was long enough to go from the phone on my hand to my ears, so that I don’t have to listen to the sound of the construction machines nearby instead of music while doing some sport. As I got home I started surfing on the net immediately, searching for a solution which does not take more than five minutes, has minimal raw material need, could be called long lasting… and not even my kids think that it’s naff. (source) 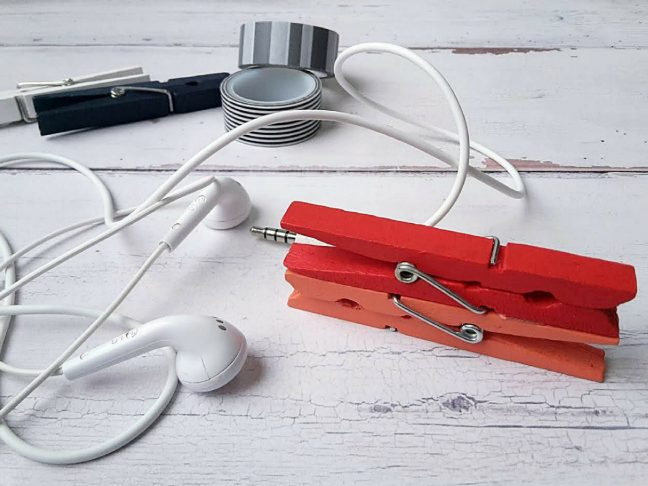 Things you will need 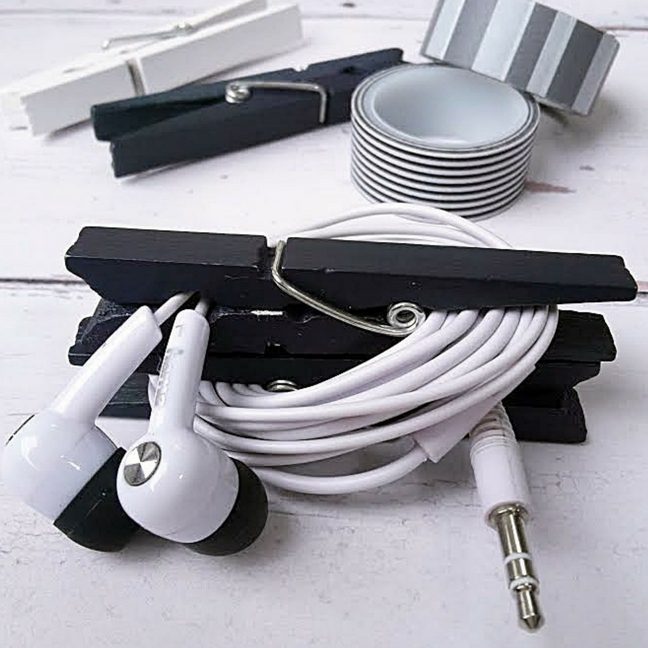 if you put a magnet on one side of the tips, you can also keep the family collection on the fridge or on the pinwand in the lobby