Why is it good to have children? Why? Good? 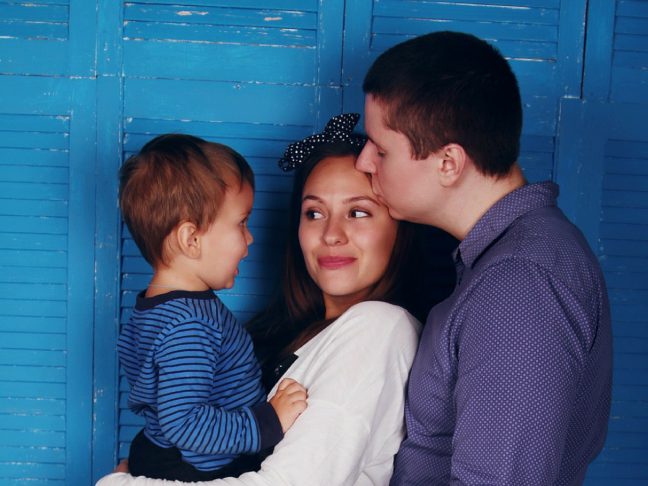 Opinions are divided concerning the importance of having children: there are a lot of arguments for and against as well. Of course I stick with the pro side, but I understand the other side as well. Instead of the sublime pathoses let there be said some – quite optimistic – reasons, proving the great importance, or better said the bright side of having one or more children (depending on the situtation and your position).

For me right now, it is good, because unless I had children, I would be standing in the middle of the living room without any underwear and would be late for a meeting.

What does underwear have to do with having children? Only that much, that all of my own pieces had been soaking in the washing machine, and all of them were wet… really wet, but I really had to hurry to an important meeting. What could one do in a situation like this? Well, one searches for lifesaving ideas everywhere… First round: Husband’s drawer, but Husband is so much wider and bigger than I am, that every piece fell off of me. First one down.

Meanwhile I was running around, like a headless chicken, Husband was observing my agony with no understanding, of course… he is a man.

– Why don’t you go to the store and buy some? – he whispered silently.

– Do you see or are you just watching? Did you understand that I have nothing to wear to leave the house?! – I explained him the problem.

– Oh, I tought it was the I-have-nothing-to-wear problem – he answered silently, so that the Swedish colleagues who are on the other end of the line don’t hear what the wife is making such a fuss about, in a jacket and a pijama trouser.

So here comes Plan-B! How lucky, that I have 5 children and one of them is almost as tall as I am, even though he’s from the other gender, and he’s 30 years younger than I am, but his body build is still closer to mine, than Husband’s. And what a surprise, his cupboard is full of freshly washed and nicely ironed underwear. This boy must have a really neat mother. Ok, I might had searched for a solid, puder coloured or flower printed piece in vain, but at least I found a white David Beckham piece, which seemed a perfect choice. The reason, why I had bought him DB underwear is a mystery ever since – but at the moment it was lifesaving.

After the underwear adventure and the meeting I felt I could use some relaxing. Some sport for example! The only problem was that LittleOne, somewhere in the not-so-long-ago past, put some toothpaste in my training shoes, and although I really wanted to run, the feeling was not even close strong enough for me to run in shoes full of toothpaste.

Opens shoe cabinet, throws out useless pieces, to find BigGirl’s outgrown, almost unused training shoes which will perfectly fit my feet. And that’s it! No one would say that I’m not parading in my own, cool – of course since what else would he have if not the best and newest model – pair of training shoes. (Not even mentioning that since Big Boy’s feet are bigger than my own ones, I have a brand new pair of waterproof, cozy and really nice boots so finally I’m not freezing when we’re sledding.)

Clothing and sport: checked. What else matters to a woman? Accessories, jewelry… I’m not big of a collector, I have some 3-4 pieces of jewelry, but it is sure as hell, that if I need one, none of them will match my dress or my mood.

Once, I got invited to a prestigious opening night, where there was a dress code. It took a couple of hours, but I spurred through the city for the perfect dress. Although, I’d been concerned that I had neither enough time nor enough money for accessories. What can I do? Should I cancel the whole thing because the dress might be nice, but without accessories it is so lousy.

And here comes BigGirl in the picture. She made a necklace and a bracelet for me in a blink of an eye, from the tons of raw material that’s in her room.

I was a bit afraid of the reaction of the hosts of the event to my obviously not original and not expensive accessories, but the reaction of the guests really surprised me: What a splendid idea to highlight to the magnificence of the dress with so simple accessories!” Mmm-hmmm, yeah, of course, only if they knew that we’re talking about my daughter’s beads…

Of course, this is only the tip of the iceberg: I could contine with the lifelong learning process (the „I could graduate from high school again” feeling) or the one-handed cooking (that even Gordon Ramsey would be jealous of), not to mention that Santa and the Easter Rabbit started to visit me again (why would they leave me out? I’ve been good all year), and proportionally to the number of the children, grows the number of birthdays, which mean scot-free cakes… but those who have children will understand anyway.

I’ve always said that a kid (or two-three-four-five) can come handy sometimes.

2 thoughts on “Why is it Good to Have Children?”