What should we do with leftover egg whites? 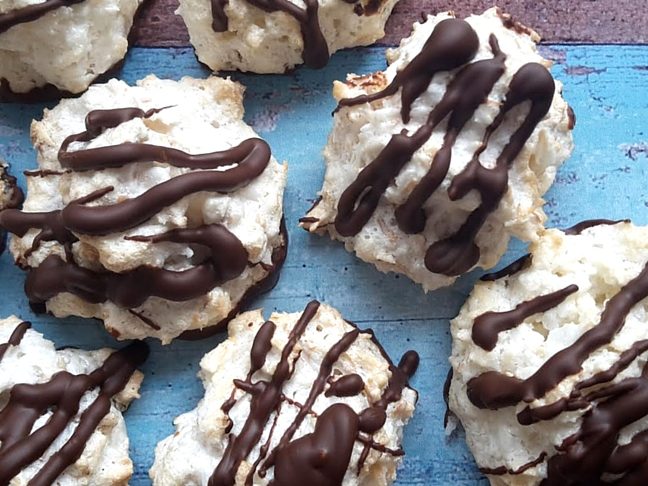 What do you do with them? Do you throw them out, freeze them or try to salvage what you can? I vouch for the last option. I don’t know why but I never tried to freeze leftover egg whites. According to the experts it’s safe solution but they didn’t convince me, though the problem’s obviously with me. Anyways, I’ll stick with the more tradional approach, that is, saving as much of it as I can – this happens all the time in a large family, and not only with egg whites – and using it for making some quick treat. One thing I never have to worry about is having to deal with leftovers from these… have I mentioned that I have five kids? Well, then you probably understand what I mean.

Lately I have developed the habit of baking on an industrial scale as I’m making cookies and other delicacies that the kids can take to school. Many of these recipes use only the yolk from eggs. This is how it could happen that one weekend six egg whites lay desolate in a glass bowl on the kitchen counter.

Should I throw it out? Should I not? What could I make out of it? – I wondered.

I vaguely remembered that one can make meringue out of egg whites, but I also recalled that I didn’t really liked this dessert, because it sticks everywhere and doesn’t taste much at all… then, when a package of grained coconut entered my visual field, the idea of making something delicious out of leftovers suddenly looked a lot less hopeless. 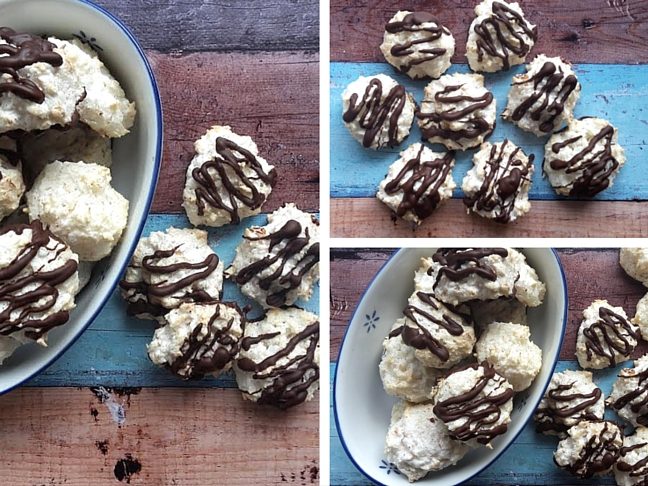 Save Print
Coconut Macaroons
Author: momwithfive
Recipe type: Dessert
Prep time:  10 Minutes
Cook time:  8 Minutes
Total time:  18 Minutes
Yield: 30
Coconut Macaroons in 20 minutes
Ingredients
Instructions
Notes
After taking them out of the oven, they are still soft. After a while they become solid but remain soft inside. We can decorate them with melted chocolate but they are sweet enough as they are.
3.5.3208 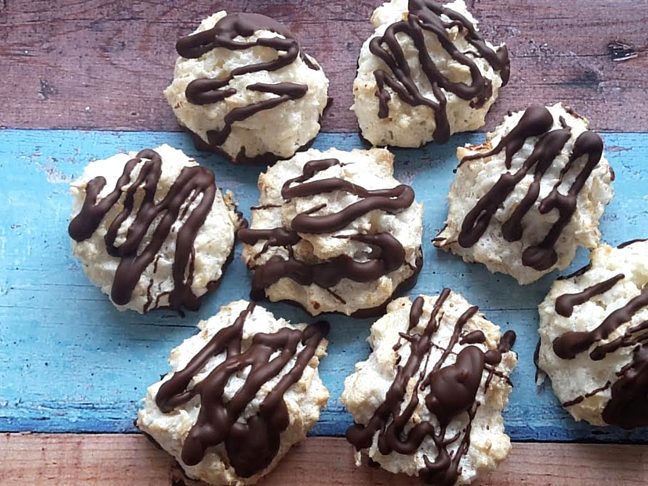 What do you do with leftover egg whites?

10 thoughts on “What Should We Do with Leftover Egg Whites?”