Warning! Baby on Board! 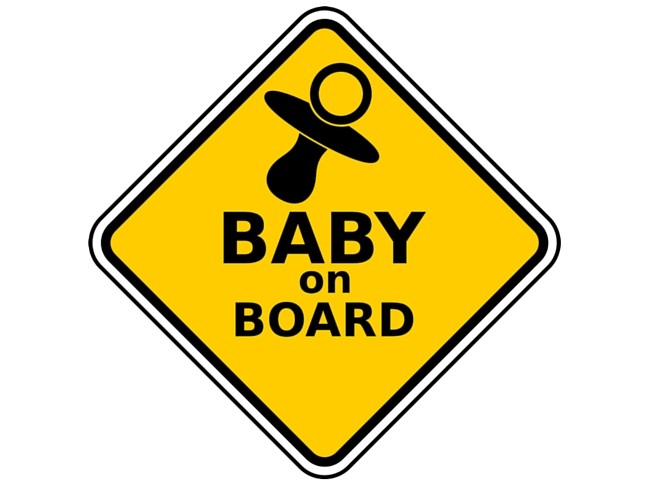 I’ve seen stickers saying ’Warning! Baby on Board!’ countless times on car windows. These obviously aren’t referring to what first springs to my mind upon seeing it: namely that travelling with a baby is even more adventurous than with an adolescent child.

I’ll never forget the first time we took our then-3- month-old offsping on a road trip all the way to Lake Balaton with a rental car (we didn’t have our own car back then). Never since then have we taken as much stuff with us as for that trip: I practically emptied the whole flat, leaving behind only a few pieces of furniture. Fortunately our mobile bathtub wasn’t in working condition (it had a few too many holes in it), otherwise I would’ve tied it to the car as well. It is an otherwise smart invention as it can store a lot of clothes and things and it can neatly fill available storage space, in my opionion. Not in Husband’s though… (I have improved a lot in this respect since then: now I can squeeze the things of twice as many people into the same space. It’s a pity that now it’s us who can’t be squeezed into the same space.)

There’s no family trip without car seats. I’m not a paranoid mother, but car seats really freak me out with all the buckles, seat belts, and adjustable and tiltable parts. The most complicated of all these are of course seats designed for babies. Buckling up is something I can easily do for myself and even on the bigger children’s seat, after all one simply has to do is push a buckle into an appointed hole, but the overcomplicated maneuvers that go into fastening a baby seat’s belt have always been beyond me… even with our fifth child (at least in his/her case I could blame it on the big age difference and the fact that I got out of practice. Similarly, with the first child it was the lack of experience, but what about the other three?). 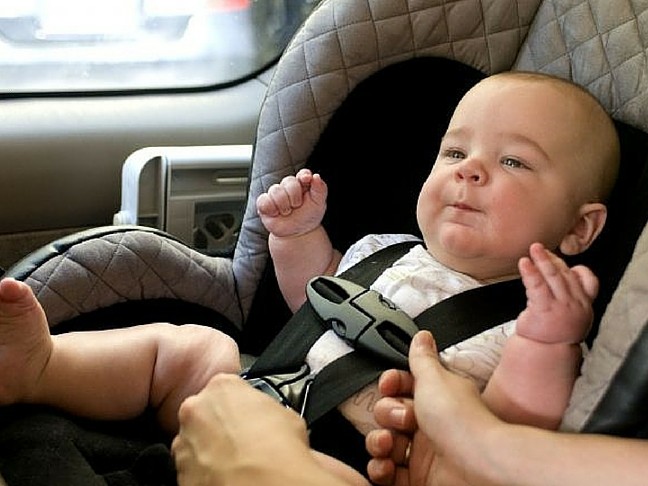 Looking back on the expercience accumulated through family trips over a period of more than ten years, I have to say the scenario of taking off has not changed: all the luggage loaded in the trunk, child/children buckled up, doors checked, engine humming, and the youngest of the family – taking advantage from the momentary lull – starts wailing. With the first child  would desperately lift him/her from his/her seat, going through the long list of things that might calm the child (incidentally, the same process of feeding-drinking- burping-changing diapers-caressing had been done about 10 minutes earlier under much better circumstances). By now we know that time and a couple of earplugs can solve anything.

When travelling with a baby, the presence of well-rested and energised parents is a lot more important than that of a set of objects, because small children can have a good time anywhere and at any time, if loving arms are embracing them.

2 thoughts on “Warning! Baby on Board!”